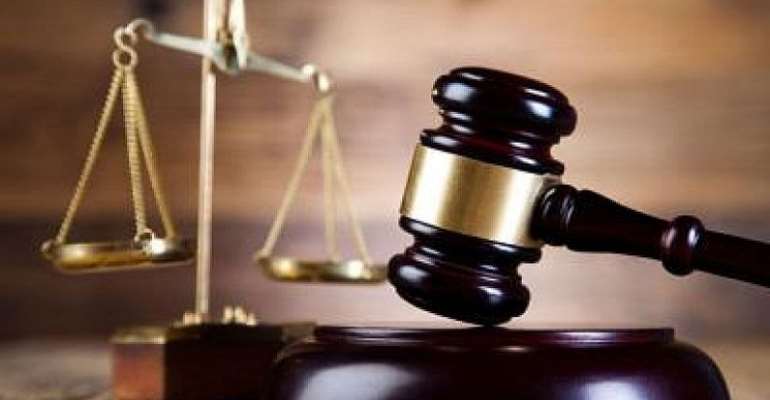 A driver's mate who hit the head of a driver with a bottle for failing to pay him a GH¢ 20.00 debt has been arraigned before an Accra Circuit Court.

Derrick Piansah, charged with causing harm, has pleaded not guilty.

Piansah has been remanded into Police custody by the court presided over by Mrs Ellen Ofei Ayeh.

Prosecuting Chief Inspector Emmanuel Ohene Agyei informed the Court that the victim was on admission at the Ghana Police Hospital.

The case as narrated by Chief Inspector Agyei is that the complainant, Seth Adodo, is a driver. The complainant and Piansah both worked at Nungua Lorry Station and both live in Nungua, near Accra.

Prosecution said about two weeks ago, Adodo borrowed GHS20.00 from the accused but he could not pay on schedule.

On November 18, this year, at about 5:30 am, Piansah saw the complainant sitting on a wall at the lorry station and he demanded his money.

Prosecution said the complainant told accused he had no money on him and he will pay him later.

This infuriated the accused who pulled the complainant and fought him but they were separated.

Prosecution said one Paul Adodo, then pleaded with accused to exercise restraint, as he would repay the loan.

The complainant, prosecution said, left the scene. On his way, accused followed up and hit the complainant's head with a bottle and he fell.

The Prosecutor said One Philip Kpakpo Annang who was at the scene apprehended Adodo and handed him over to the Police at Nungua.

The complainant was also rushed to the Police Hospital for treatment.

Prosecution said Adodo admitted the offence in his caution statement during investigations.