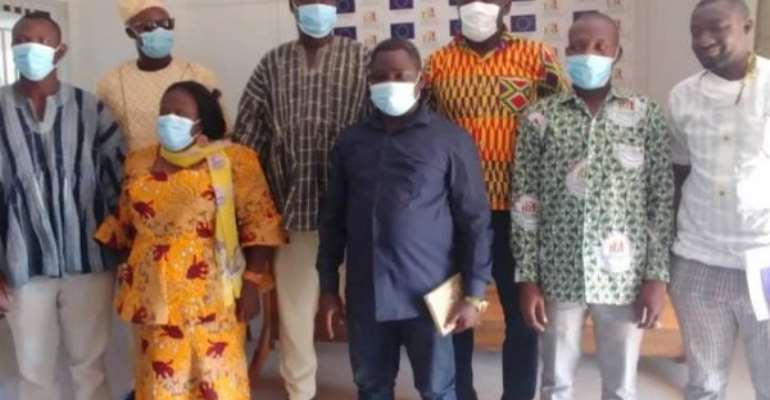 Ahead of voting day 7th December 2020, parliamentary candidates in Sissala East have been given the chance to lay down their plans at a political debate organised by the National Commission for Civic Education (NCCE).

The candidates use the opportunity to market themselves in order to convince voters to elect them.

The debate also formed part of efforts to promote and sustain democratic governance.

The Sissala East Municipal Director of the NCCE, Mr Hussein Eliasu revealed as part of the NCCE's mandate, the event was organized to allow for all the parliamentary candidates in the area to be subjected to scrutiny on matters of concern to the electorates before the December 7 elections.

The parliamentary candidates who were present included Mr Chinnia Amidu Issahaku of the NPP, Mr Kingsley Kassim Kanton of the PNC and Mr Jaasu Abdul-Baari of the GCPP.

Mr Chinnia Amidu Issahaku who is also the upper West Regional Minister promised to construct six agricultural mechanization centers across the Municipality, lobby with the Ministry of Roads and Highways including other agencies to construct roads to communities and other farming centers if given the nod.

He added that the upgrading of five selected clinics into polyclinics, provision of potable water to some communities, lobbying for construction of dams, provision of a skills training facilities to train persons living with disability in handwork among others.

On his part, Mr Jaasu Abdul-Baari of the Great Consolidated Popular Party Parliamentary candidate, said when he becomes the MP he would hire the services of agriculturalists and scientists to educate peasant farmers in the area on the best and modern agricultural practices to increase their productivity, support persons living with disability to acquire handwork and entrepreneurship skills among others.

The People's National Convention Parliamentary candidate said when he is elected he would engage and tap from experiences and brains of former leaders, experts and others to pursue key developmental concerns particularly construction of roads, continue with the provision of mobile libraries and sponsor brilliant but needy students to tertiary institutions to study in specialized fields.

He said he would also invest in the health of the people, increase women empowerment through the promotion of savings, empower the youth through handwork and technical training skills, among others.

There is possibility of a lockdown, other restrictions – Opp...
16 minutes ago