On Voting Day: Media Tasked Not To Rush To Declare Their Own Winners 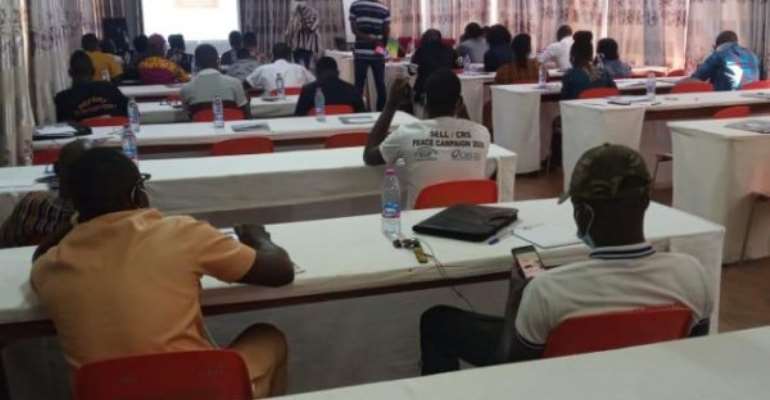 Journalists have been handed a challenging task to ensure that what they report especially during the counting of votes should be the true reflection of the results.

This, according to a Media Consultant, Dr. Bonnah Koomson, will go a long way to ensuring that members of the public don't get misinformed in any manner.

He emphasised that it was inappropriate for journalists to declare election results before official announcements were made by the country's Electoral Commission (EC).

He gave the advice, in Tamale, at a workshop jointly organised by the GJA and EC to train some selected journalists on election reporting.

Dr. Koomson said “calling elections results by journalists is not allowed. The media cannot take away the authority of the EC by declaring results ahead of them.

“Media practitioners can monitor election results and inform or provide the public with provisional results. Under no circumstance shall they announce their results as official or impute to the public that they are official results,” noted.

He urged participants to be objective in their reportage and eschew all forms of biases and prejudices in their line of duty to ensure members of the public maintained the confidence reposed in them.

Mr. Lucas Yelyire, Northern Regional Director of the EC, took participants through some of the legal frameworks governing elections and the code of conducts for election observers and monitors.

He said journalists were classified as election observers and encouraged them to play their roles with strict impartiality, independence, and objectivity.

“Do not pre-judge the outcome of an election by not allowing your personal opinions, likes and dislikes to influence your judgment and also try not to accept any gift or favours that might influence your work,” he advised.

Mrs. Linda Asante Agyei, Vice President of the GJA, urged participants to be factual and accurate in their reportage to consolidate the country's success chalked so far in maintaining peace and stability over the years.

She called on members of the public to refrain from consuming fake news and resort to seeking factual and credible ones from reliable sources.