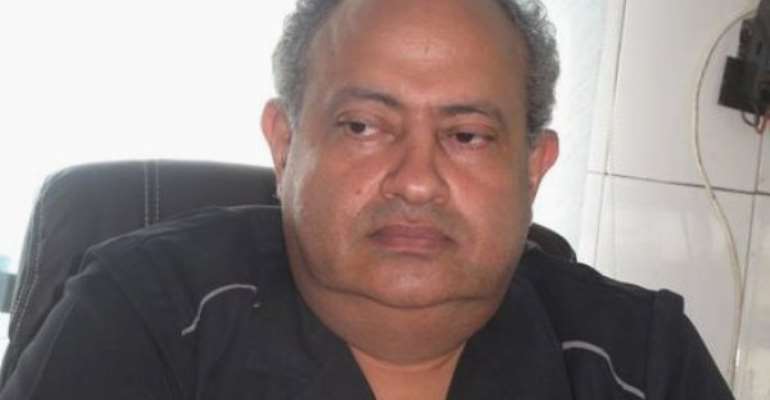 According to Dr. Onsy Kwame Nkrumah, First Vice Chairman of the Convention People Party (CPP) a vote for the Party will bring “real change” in every facet of Ghana's economy.

“CPP has great proven track record in Government as the only real credible alternative to the duopoly seesaw, which suffocated Ghanaian development and progress ever since the beginning of the Fourth Republic in 1992,” he said.

Dr. Nkrumah said the duopoly of the National Democratic Congress and the New Patriotic Party led to Ghana's economy being brought down to its knees to the status of a Highly Indebted Poor Country (HIPC) during Former President John Agyekum Kufuor's regime in 2001.

He said the International Monetary Fund (IMF) recently warned Ghana that she was knocking on the doors of HIPC once again due to unacceptable levels of indebtedness both externally and internally.

The CPP First Vice Chairman said the relentless efforts to secure Ghana's Independence in 1957 was by far the greatest project of the CPP, coupled with the solid ideological foundation, which was laid by Dr. Kwame Nkrumah, first President of the Republic of Ghana and founder of CPP.

“I want to remind Ghanaians that CPP apart from having an undisputed track record in diplomatic governance of Ghana, has also developed farming, promoted industrialization, and established hundreds of ambitious world-class colossal projects in all sectors of the country. CPP also has the human resources in readiness in every specialized field and sector to form a competent and effective Government immediately after Elections,” he said.

Dr. NKrumah said the Party had plans and programs for the betterment of the country as set out in its Election 2020 manifesto to turn around Ghana's economy “180 degrees within a short period of time after arresting power and reclaiming Flagstaff.

“Even with a few Members of Parliament, every Constituency in Ghana will experience the great difference between CPP in power in Flagstaff House serving 100 per cent of all Ghanaians and the duopoly hijacking power for the benefit of a very tiny exclusive minority of those who are in power together with their friends and families.

CPP is the only truly inclusive compassionate patriotic Party working hard for all Ghanaians by giving equal rights and opportunities to all Ghanaians.”