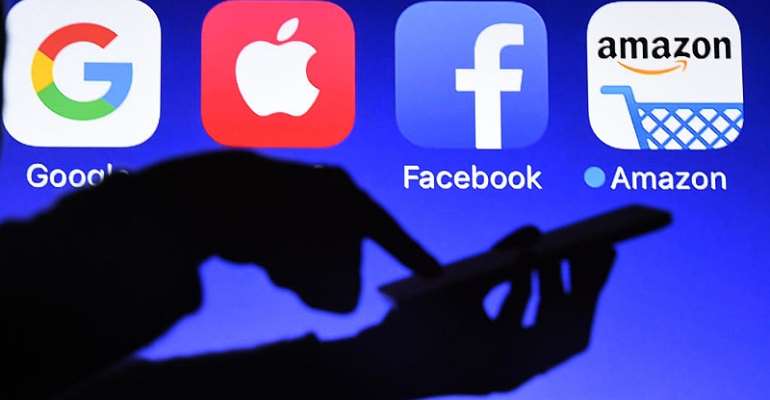 Online technology companies operating in France will be forced to pay tax in France, rather than elsewhere in the EU, the finance ministry has announced, in a move likely to elicit retaliation from the incoming administration of US President-elect Joe Biden.

Finance Minister Bruno Le Maire has in the past called the issue of dealing with digital giants "one of the greatest challenges of the 21st century”.

Describing them as “adversaries” on French radio earlier this month, and judging them to be “as powerful as countries”, he said the struggle to contain them was a political social and financial issue as well as an economic one.

Under EU law, American companies can declare their profits from across the bloc in a single EU state. They usually choose low-tax jurisdictions such as Ireland or The Netherlands.

An official from the French ministry of finance said on Wednesday that the companies to be subjected to the tax, notably Google, Apple, Facebook and Amazon, have been notified.

The tax is payable on earnings during 2020 when digital companies made huge profits as people around the world were confined to their homes during lockdowns imposed to combat Covid-19.

Washington has long maintained that as any such a tax would affect mostly American companies, the move amounts to an unfair trade practice.

Several other countries are trying to force digital giants and other tax-avoiding multinationals to pay dues in the countries in which they operate, but France is the first to introduce such a tax.

The measure imposes a 3 percent levy on profits from providing online sales with third party retailers, as well as on digital advertising and the sale of private data.

The imposition of the tax, which was approved in the French parliament in 2019, was delayed because Paris and Washington agreed to suspend it pending negotiations to try to agree a more global, multilateral tax deal with the support of the Organisation for Economic Cooperation and Development.

However, in October the OECD warned that it would not be possible to reach agreement on such a tax this year as hoped, largely because of opposition from the United States.

The Trump administration has already warned that the tax would probably trigger retaliatory taxes on French imports which amount to 1.3 billion dollars. Cheese cosmetics and handbags are likely to be hit.

US President-elect Joe Biden's administration will be forced to handle the issue and they are unlikely to take a softer line than the Trump team, even though Biden has made clear he hopes to improve Washington's relationship with European nations.

Analysts point out that the US Congress overwhelmingly favours a more global multilateral deal and will push back against the idea of individual countries imposing taxes on digital services.

France wants a proposal on taxing digital services discussed at EU level in the first months of 2021, in case the OECD talks remain stalled.

If agreement is reached within the EU, Paris would then remove the French tax.