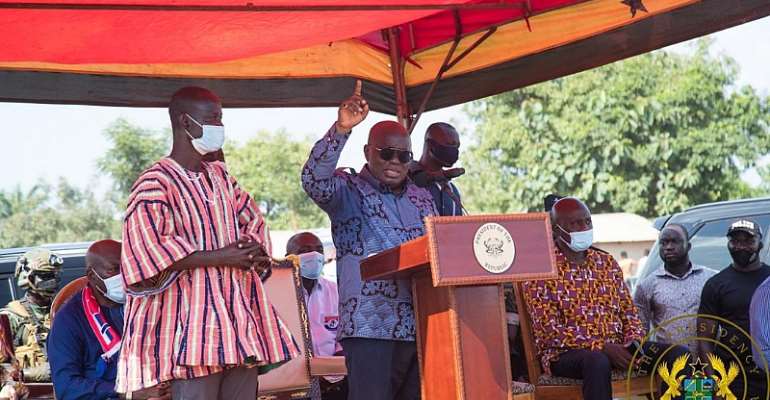 President Akufo-Addo is touting his infrastructural achievements in the last four years.

Nana Akufo-Addo says under his tenure, five interchanges are being constructed simultaneously across the country.

Commissioning the first phase of the Obestebi Lamptey Interchange as part of his two-day campaign tour of the Greater Accra Region, President Akufo-Addo outlined the interchanges that are currently under construction in the country.

He charged Ghanaians to extend his mandate, so he can continue to do more of the good works he has started.

“Completion of phase 1 of the Obetsebi Lamptey interchange shows the seriousness that my government attaches towards reducing the congestion in some of the major cities within the country.”

“This is the first time in the history of this country, that more than 5 interchanges are being constructed in the first-term administration. If there are any more reasons to give Nana and Akufo-Addo four more years to do more, this is one of them,” he added.

President Akufo-Addo commissions the Obetsebi Lamptey Interchange as part of activities for his two-day campaign tour of the Greater Accra Region.