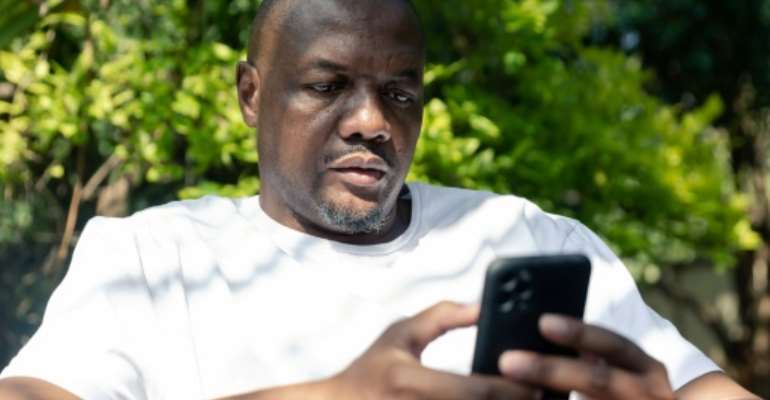 The ruling party in his native Zimbabwe has declared him an enemy of the state.

Nevertheless, on Friday he was freed on bail from a maximum security jail, the second time he has been locked up in less than four months.

"I am not going to stop exposing corruption," he told AFP a day after his release from Chikurubi Maximum Security Prison.

"That's the nature of our work as journalists."

Despite his status as a pre-trial prisoner, Chin'ono, 49, was held in overcrowded cells in the prison's D-section, where death row inmates are kept.

He faces trial for having allegedly obstructed justice after tweeting about possible bail for a political connected mines boss arrested for trying to smuggle gold to Dubai.

"When they arrest people like journalists they know it's most likely to break you, but in my case... I will not allow prison to break me," he said at his Harare home.

On the wall of his study, an imposing poster of reggae music luminary Bob Marley hangs, with the legend "Stand up for your rights, don't give up the fight."

'Things are getting worse'

On July 20, armed police burst into his house by shattering a glass door and arrested him on charges of inciting public violence.

He had tweeted his support for an opposition call for countrywide non-violent anti-corruption protests.

The demonstration was effectively banned when President Emmerson Mnangagwa imposed a curfew, deploying police and soldiers to enforce confinement measures to curb the spread of coronavirus.

At the time, Chin'ono had been investigating alleged corruption linked to the government purchases of coronavirus protection gear and test kits. 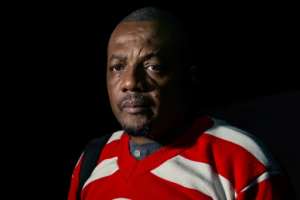 'The Mnangagwa regime does not want corruption exposed.'. By Jekesai NJIKIZANA (AFP/File)

That scandal led to the sacking of health minister -- but still cost him 45 days in jail, alongside convicted rapists, armed robbers and murderers.

"The worst experience one can ever go through," he said, describing the conditions.

"People sleep like rats," he said: 46 people crammed into cells meant for 16 people, with no water to drink or for ablution facilities.

"The prison journey is horrible."

When he came down with a fever, there was no medicine to treat him, not even a device to measure his blood pressure. And this was in a prison holding 2,700 inmates -- double its capacity, he said.

"Things are getting worse," he said, as he compared life under Mnangagwa's with that of his predecessor, long-time ruler Robert Mugabe, who was ousted in a military coup in November 2017.

"I was never arrested under Robert Mugabe, although I had made a lot of documentary films which were scathing about his regime, showing the acts of violence," he said.

"The Mnangagwa regime does not want corruption exposed," he said.

"Whenever we touch on the looting of public funds and the plunder of national resources and it involves the president's family, you get arrested."

A few weeks before Chin'ono first arrest former finance minister Patrick Chinamasa, still a senior figure in the ruling Zanu-PF, denounced him as an "unscrupulous character" trying to bring down the first family. So he is used to being denounced as an enemy of the state, he says.

In the Mugabe era, the authorities simply muzzled the conventional media -- but people now have access to social media.

On both the occasions that led to charges being filed against Chin'ono, they arose from posts at his Twitter account @daddyhope, where he has more than 170,000 followers.

"I actually have a wider reach than the state-controlled daily newspaper," he said, referring to The Herald, which he said sells just 5,000 copies a day.

The government, he said, "don't like that -- especially Twitter, because it gets retweeted and more people get to see the stories about corruption".

His earlier work won him the CNN Journalist of the Year for Africa in 2008.

Today, when he is not working on documentary films or investigative news-features, he spends his leisure time reading or listening to reggae and rhythm-and-blues music.

Or he takes a drive to his rural village, from where he runs one of the country's top four Boer goat-breeding projects.

There is possibility of a lockdown, other restrictions – Opp...
40 minutes ago