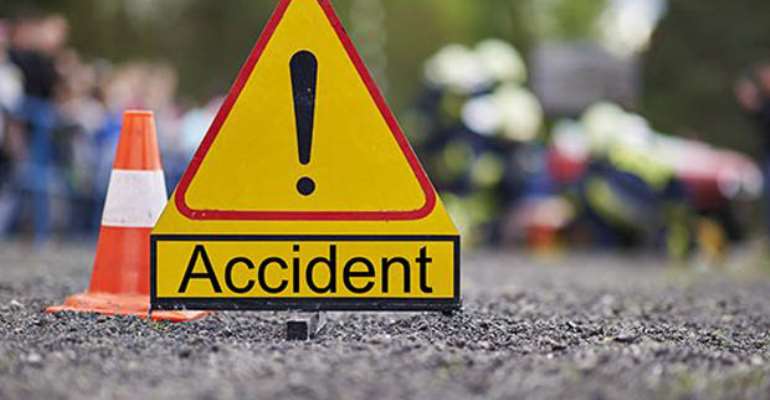 The National Road Safety Authority (NRSA) recently organised a countrywide engagement with the media with a view to soliciting its support towards reducing vehicular accidents, especially in the run-up to the Yuletide and above all the December 7 elections.

A couple of days ago, a worrying headline greeted the country as seven persons died while on their way for a political activity.

It is heartbreaking that so many lives have to be lost under circumstances which are avoidable.

It is thought-provoking that some 24 hours before this fatal accident, one occurred, although there was no casualty in that one.

The NRSA has observed, and rightly so, that most fatal accidents take place around the two seasons we are in now. The Authority added that good roads are most likely to attract accidents than bad ones; facts empirical evidence has attested to.

We need good roads across the country but we certainly do not want accidents.

In the case of accidents as Xmas gets close, we can easily attribute the mishaps to speeding, overtaking and sometimes under the influence of alcoholic beverages and drugs, with commercial drivers topping the chart.

So far, none of the interventions suggested towards obviating accidents have reversed the trend. We continue to record accidents around this time of the year and season in a manner which beats imagination.

We should as a country consider in the long-term the construction of dual carriageways. While the accident which prompted this commentary might not be the result of overtaking, we do believe that dualisation of our highways would go a long way in reducing vehicular accidents in the country.

Political parties have been counseled by the NRSA on the need to adhere to certain standards of safety to obviate accidents; some fatal as the one which occurred a few days go.

As we compose this commentary, some injured persons are in hospital, even as the remains of the dead have been deposited in the morgue.

Had the drivers exercised some patience, the dead would have been living and not dead, and their families would not have endured such harrowing news.

With barely a fortnight to go before we go to the polls, it might be too late for the NRSA to go knocking on the doors of the leadership of the political parties for further counseling about the importance of safety on our roads as they crisscross the country canvassing for votes. Nonetheless, let the Authority remind them through radio, as a matter exigency as the excitement and the tendency to use alcoholic beverages for campaign trips, including the bussing of party faithful augments.

It is ironic that the fatal trip which claimed the seven lives and maimed others was intended to attract votes. It has rather ended up snapping lives out of seven potential voters.

As we extend our condolences to the bereaved families and the opposition NDC, we urge that leadership of the parties insist on safety precautions as we inch towards elections.

To die under such circumstances is disturbing and unacceptable because it is avoidable.