Djokovic dispatches Zverev to advance to semis at ATP Finals 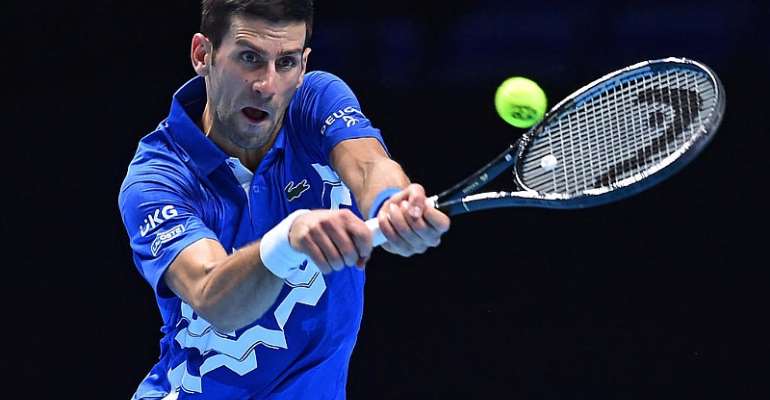 Top seed Novak Djokovic advanced to the last four of the ATP Finals on Friday following a straight sets victory over the fifth seed Alexander Zverev.

Djokovic, who is seeking a record-equalling sixth end-of-season championships, won 6-3, 7-6 to finish second in Group Tokyo 1970.

The 33-year-old Serb will play the US Open champion Dominic Thiem on Saturday for a place in the final.

"Obviously earlier in his career Dominic played his best on clay but of course being one of the hardest workers on the tour, the most dedicated players, he has found his 'A' game on all other surfaces," said Djokovic.

"His first Grand Slam title came on hard courts earlier this year in New York. I played him last year here in London and I lost 7-6 in the third set.

"It was really a thrilling match. Hopefully we can have another great match but this time with a different outcome."

Hunt
Second-seed Rafael Nadal, who has never won the eight-man event, will face the fourth seed Daniil Medvedev in the other semi-final after finishing behind Thiem in Group London 2020.

In the winner takes all encounter on Friday afternoon at the 02 Arena in London, Djokovic broke Zverev at the start of the match to establish a 3-0 lead. He held his advantage to take the opener 6-3 in 30 minutes.

Despite break point opportunities for both players during the second set, both held their service games to send the set into a tiebreak.

Zverev earned an early mini-break to lead 2-0 but Djokovic levelled and edged the shoot-out seven points to four.