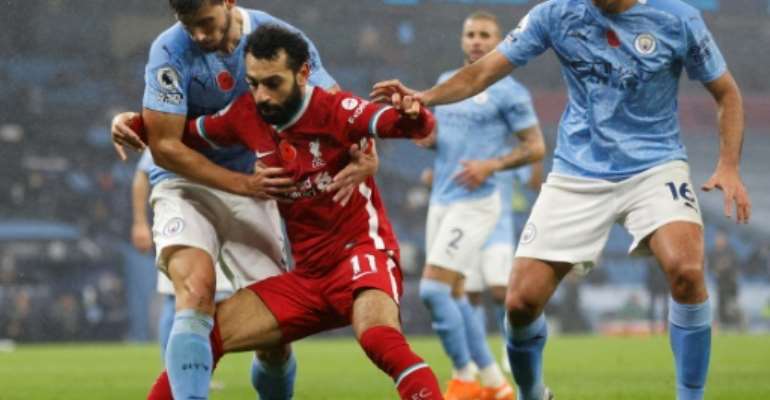 Liverpool star Mohamed Salah has pleaded for national team unity as Egypt prepare to tackle Togo at home and away in crucial Africa Cup of Nations qualifiers.

The forward admitted in a BeIN Sport TV interview he was concerned about possible tension between CAF Champions League finalists Al Ahly and Zamalek, with each club having six stars in the squad.

"I do not want there to be any tension between the players before or during the national team camp," said the two-time African Footballer of the Year.

Cairo clubs Ahly and Zamalek have been fierce rivals for 109 years and before the coronavirus pandemic drew capacity crowds wherever they played.

Record seven-time African champions Egypt only drew their first two matches in Group G to lie third in a section also including Kenya and the Comoros, and which they were expected to dominate.

Both matches against Togo will be staged behind closed doors because of Covid-19 with the first in Cairo Saturday and the return match in Lome Tuesday.

Here, AFP Sport rounds up Cup of Nations news ahead of matchdays 3 and 4 with qualifiers spread over seven consecutive days from Wednesday.

ENPPI forward Mohamed Sherif has been rewarded for outstanding Egyptian Premier League form last season with a call-up for the qualifiers against Togo.

He finished second with 14 goals in the Golden Boot race behind veteran Abdallah el Said of Pyramids, who scored three more.

El Said is also in the squad as the Pharaohs try to put behind them a poor start in which they drew with Kenya and the Comoros.

Forward Bradley Grobler admits he has "not done enough for my country" and hopes to rectify the situation when South Africa face Group C minnows Sao Tome e Principe in Durban and Port Elizabeth.

"I have unfinished business," stressed the SuperSport United star, who has been unable to translate good domestic form into a permanent Bafana Bafana (The Boys) starting place.

Sao Tome have ceded matchday 4 home advantage to South Africa in return for funds to cover travel and accommodation costs.

Originally scheduled for Rades on the outskirts of Tunis because of the security situation in Libya, the Mediterranean Knights 'home' match has been switched to Cairo.

The number of withdrawals from the Senegal squad for Group I matches against Guinea-Bissau has risen to five with defenders Ousseynou Ba and Saliou Ciss and midfielder Idrissa Gueye injured.

Famara Diedhiou was the first to pull out, after testing positive for the coronavirus, and fellow forward Keita Balde then withdrew injured.

Coach Aliou Cisse has added four players for the matches in Thies and Bissau, including midfielder Alpha Dionkou from the Manchester City under-23 side.

The absence of injured forward Frank Mhango will be a blow for Malawi when they tackle Group B co-leaders Burkina Faso twice.

Coach Meck Mwase has replaced Mhango with Vincent Nyangulu from Blantyre outfit Be Forward Wanderers as the Flames seek an historic first win over Burkina Faso after three losses and a draw.

Injured Sierra Leone captain and centre-back Umaru Bangura has been ruled out of the home and away Group L matches against 2019 Cup of Nations bronze medallists Nigeria.

More positive news for coach John Keister is that Minnesota United forward Kei Kamara has come out of retirement a second time to be part of the squad.

The Leone Stars will be playing catch-up when they confront the Super Eagles having drawn at home to Lesotho and losing away to Benin.

The Crocodiles must do without star midfielder Hlompho Kalake for the first of two Group L matches against Benin, in Porto-Novo.

Coach Thabo Senong says the key player in his squad will be available for the return match in Maseru as Lesotho chase a first win after drawing with Sierra Leone and losing to Nigeria.

Senong has been more fortunate than most Cup of Nations coaches as local players, who form the bulk of the squad, have been in camp for four weeks.