Gari Olonka Was Ghc5 Under Me But Now Sells At Ghc20 Under Akufo-Addo; Economy Messed Up – Mahama 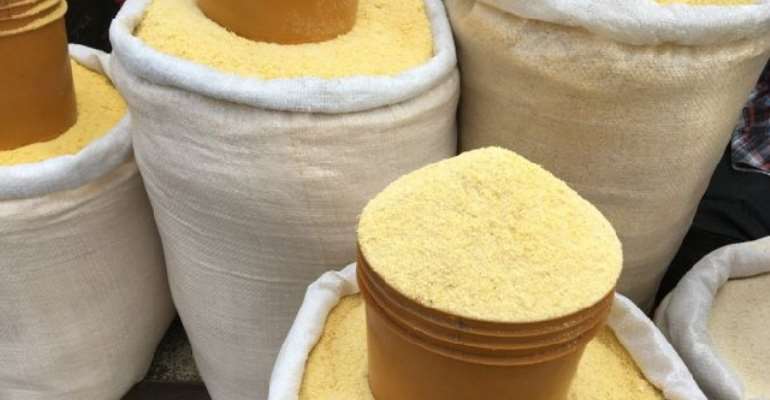 Former President John Dramani Mahama has slammed President Akufo-Addo and his government over the high cost of living in the country.

He said the price of an ‘Olonka’ of gari that was sold for GHS5 in 2016 has now quadrupled and it is now being sold for GHS20.

“The hardship in Ghana is now unbearable and the economy is messed up”, Mr Mahama said.

He added that the reality at most markets does not support the government’s claim that prices of food items were on a decline.

The former President was Addressing residents of Adawso in the Akropong constituency at the start of his four-day tour of the Eastern Region.

Mr Mahama said apart from the hardship unleashed on Ghanaians by the rise in cost of living, the collapse of banks and other financial institutions by the Akufo-Addo government has thrown many people out of jobs and worsened the unemployment situation.

He added that this has put economic pressure on many individuals and families.

Many contractors, he said, have also lost their jobs, as the NPP government failed to continue the work that the previous administration started.

"And when you ask about the jobs the government has created, they say one million. But where are the one million jobs?", he asked.

Mr Mahama noted that compared to the current situation, things were better for many families and businesses under the last NDC government.

He, therefore, urged the electorate to vote for him and NDC parliamentary candidates on December 7 so that the next NDC government can work hard to provide jobs, and ease the hardship facing many people.