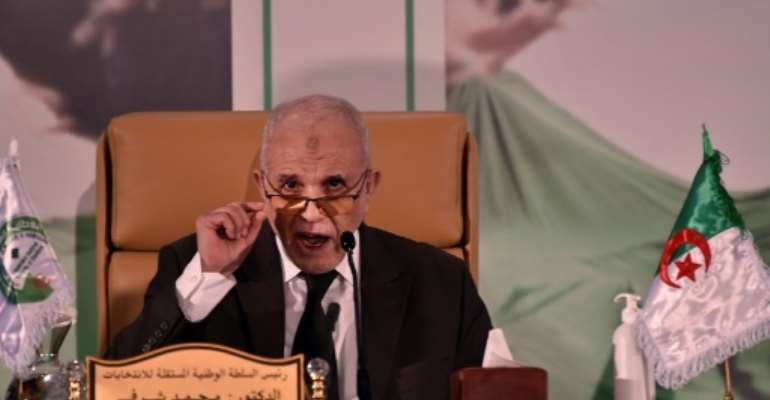 The vote had widely been seen as a regime manouevre to neutralise the Hirak protest movement, which at its peak had swept long-time president Abdelaziz Bouteflika from power.

The Hirak had called for a boycott of the referendum.

The revised text passed with 66.8 percent of the vote, National Independent Elections Authority (ANIE) chief Mohamed Charfi told a press conference, noting that the exercise took place in the shadow of the coronavirus pandemic.

Charfi had earlier announced turnout of just 23.7 percent, a historic low for a major vote.

The plebiscite took place in the absence of President Abdelmadjid Tebboune, who is hospitalised overseas after reported cases of the Covid-19 illness among his staff.

Tebboune had been elected in December in a poll with a turnout of just under 40 percent, the lowest in a presidential election since independence.

Said Salhi, deputy president of the Algerian Human Rights League, said the low turnout was "a victory for the Hirak".

"The regime must take note of its failure and reconsider its roadmap," he tweeted. "The process of democratic transition is the solution".

The Hirak movement, whose unprecedented mass rallies toppled Tebboune's veteran predecessor Abdelaziz Bouteflika in April 2019, had pressed on with months of mass demonstrations to demand deep reforms to the ruling system, before it suspended rallies in March to stem the spread of coronavirus.

Tebboune has pitched the tweaked constitution as meeting the movement's demands, rhetoric echoed by Charfi on Monday.

"The fact that the people were able to express themselves in total independence was another step in the construction of the new Algeria which began with the blessed Hirak," he said.

But despite the conciliatory rhetoric, the document was written by a committee of experts handpicked by the regime, and keeps key appointments in the hands of the president.

While it nominally enshrines a list of social and political rights, experts say it provides no guarantees.

State media heavily covered the "yes" campaign, while the "no" camp was banned from holding meetings.

The build-up to the vote saw a string of arrests and court rulings against pro-Hirak activists, social media users and journalists, with around 90 currently behind bars, according to the CNLD, a prisoners' support group.