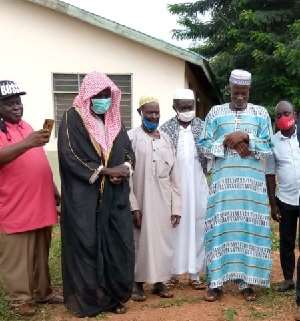 Residents of Asuadei woke up this morning to hear heartbreaking news when filling station owner Alhaji Sadick Abubakar was found dead at his filling station. This incident happened on Wednesday evening around 8 pm.

According to otecnews reporter Ebenezer Owusu Ansah, one of the eye witness who saw the incidence, there was some four armed men who stormed the facility with pump action gun and fired shots in the air. Alhaji Sadick Abubakar was subsequently shot down by the four men.

They quickly disappeared from the scene after shooting the man with taking anything from the filling station.