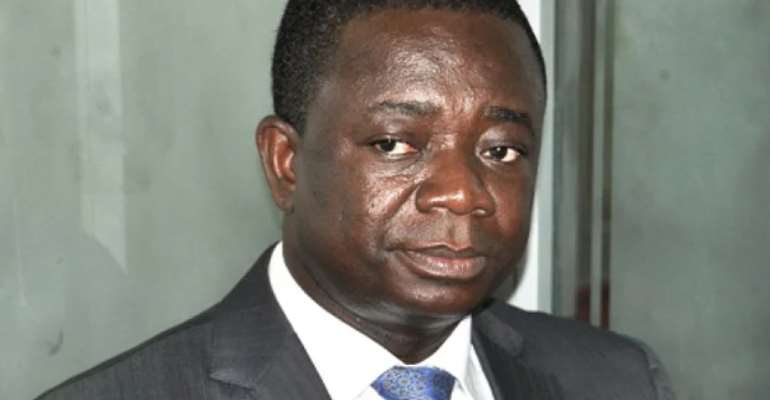 The prosecution in the trial of the former Chief Executive Officer (CEO) of Ghana Cocoa Board (COCOBOD), Dr. Stephen Opuni, is set to call its sixth witness in the case.

They were expected to call the witness yesterday but the case had to be adjourned because additional documents filed by the Attorney General's Department were not served on the defence lawyers in the case.

Appearing before the court yesterday, Stella Ohene Appiah, a Principal State Attorney, stated that the prosecution had filed additional documents in respect of the new witness they were supposed to call, but it turned out that the counsel for the accused persons had not been served with the process.

She said efforts were, therefore, made to have the lawyers served but while doing so, they were informed that one set of the documents could not be found by the registrar.

“We have, therefore, made an additional copy available this morning to be given to counsels in case the registry has still not served them,” Mrs. Ohene Appiah told the court.

Samuel Codjoe, counsel for Dr. Opuni, confirmed that they were only served with the documents on Tuesday, October 27 when they had returned from court and his secretary informed them about the service being effected by a bailiff.

The court presided over by Justice Clemence Honyenuga, a Supreme Court judge sitting as an additional High Court judge, adjourned the matter to November 5, 2020 for the prosecution to call their new witness.

Meanwhile, the court has warned the chief bailiff, the filing clerk and bailiffs to take their jobs seriously.

This was after he summoned them before the court to explain why documents which had been filed as far back last Thursday, October 22 were not served on lawyers until Tuesday, October 27 after the court's attention was drawn to the existence of those filed documents.

Dr. Opuni and Seidu Agongo, Managing Director of Agricult Ghana Limited, are before an Accra High Court for causing financial loss to the state to the tune of GH¢217,370,289.22.

The two are facing a total of 27 charges, including defrauding by false pretense, willfully causing financial loss to the state, money laundering and corruption by a public officer and contravention of the Public Procurement Act.

The two are in court over the purchase and supply of Lithovit fertilizer which the state said was done in contravention of several laws.