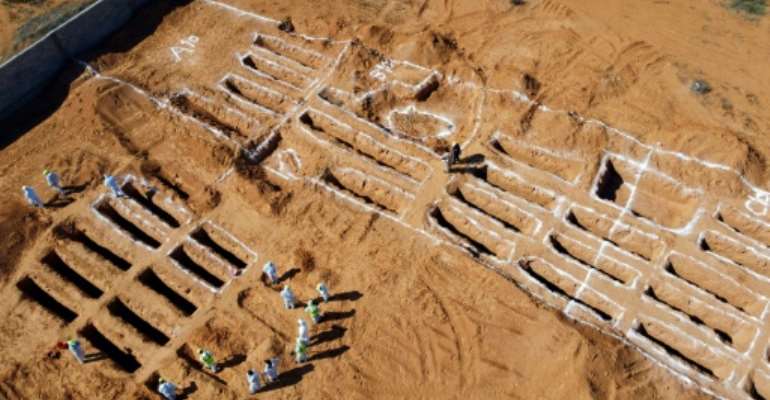 A dozen bodies have been unearthed in newly found mass graves in the Tarhuna region of western Libya from which eastern strongman Khalifa Haftar's forces launched an aborted assault on Tripoli last year.

"Four new sites have been discovered, two of them mass graves and two individual graves, in Tarhuna... and unidentified bodies have been exhumed," the committee tasked by the UN-recognised Government of National Accord (GNA) to search for missing persons said on its Facebook page Wednesday.

A committee official, Tawfiq, told AFP journalists a total of 98 bodies had now been found since searches of mass graves were launched after the withdrawal of Haftar's forces from western Libya in June.

At least 16 more mass graves have yet to be unearthed, according to Abdel Hakim Abu Naama, who heads a non-governmental association of Tarhuna victims.

In June, after footage posted on social media appeared to show summary executions and desecration of corpses, Human Rights Watch called on Haftar to investigate alleged war crimes by his fighters.

The warring factions in Libya signed a "permanent ceasefire" accord on Friday after UN-sponsored talks in Geneva.

Libya descended into a complex civil war after the 2011 overthrow of longtime strongman Moamer Kadhafi in 2011, eventually splitting between the GNA and a rival Haftar-backed eastern administration.