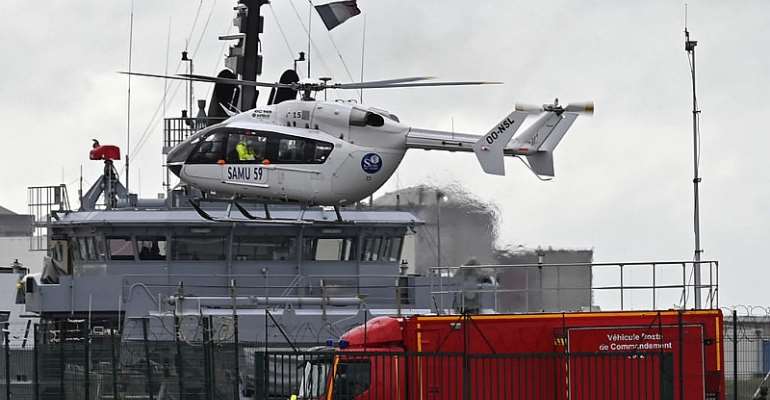 French rescuers have said there was no hope of finding any further survivors of a boat carrying migrants after it capsized while crossing the English Channel on Tuesday morning.

At least four people including two children were confirmed dead when emergency services called of their search late Tuesday due to of darkness and bad weather.

Rescue teams from France, Britain and Belgium ceased their efforts, saying there was no chance of finding anyone alive, according to French maritime officials.

State officials in Dunkirk said what appeared to have been a fishing boat had capsized around 9:30 on Tuesday morning about 8 kilometres off the coast of northern France.

One man drowned as it sank and three others, including children aged 5 and 8, died after being pulled from the water.

Fifteen other people were rescued, some of whom had gone into cardiac arrest or contracted hypothermia. Investigators were questioning others to determine how many people were aboard and if any others might have drowned.

Dunkirk, Calais and neighbouring communities in northern France have long been a launching point for migrants trying to reach Britain, with the nearby Channel waters at their narrowest point between the two countries, about 40 kilometres.

Migrants have generally attempted to cross on lorries or ferries, but appear to have turned to small boats organised by smugglers due to a slowdown in cross-Channel traffic caused by the coronavirus pandemic.

French maritime officials have rescued hundreds more people this year in routine operations in the Channel.

Despite high winds and strong currents, deaths are uncommon, with French authorities reporting four migrant fatalities in 2019. A Sudanese teenager died after a vessel capsized earlier this year.

The issue of illegal Channel crossings has strained relations between France and Britain, which have cooperated in terms of patrols but each of which maintain it is the other's responsibility to stop the crossings.

British Prime Minister Boris Johnson vowed to crack down on traffickers, but the government's tough stance on cross-Channel migration has drawn criticism from charities and human rights groups.

“The British and French governments must work together to expand safe and legal routes for desperate families fleeing conflict, persecution and poverty,” the charity Save the Children tweeted. “The English Channel must not become a graveyard for children.”

Your insatiable taste to travel in another luxurious jet to ...
34 minutes ago

Ghana’s 3.9% economic recovery is sluggish; Ghanaians must w...
36 minutes ago