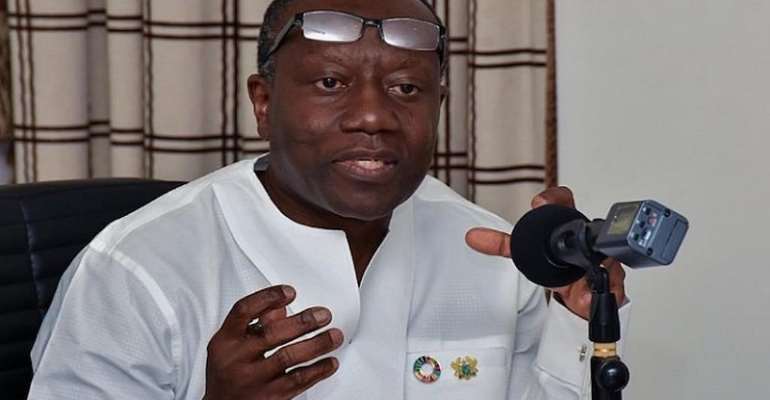 Minister for Finance, Ken Ofori-Atta, has described the country’s debt projections by the International Monetary Fund (IMF) as merely statistical.

The Finance Minister made the assertion in an interview with TV3 on Monday, October 26.

According to him, Government is not too concerned about the debt stock because its attention is focused on spending funds to protect Ghanaian lives and businesses against the coronavirus pandemic.

Mr Ofori-Atta stated that the lives of Ghanaians matter more to Government than debt.

Speaking further on the issue, he argued that monies spent in the financial sector cleanup and as well as payments of arrears in the energy sector, have also accounted for the increase in the nation’s debt.

“The IMF is expecting developed countries to have 125 per cent debt to GDP ratio. Countries like ours is doing about 65 per cent. When you discount what was spent in the financial sector cleanup and on the energy sector, that brings it back,” he stated.

“I guess the question for any nation at this pandemic time is, what you put forward first. The lives of the people who then become productive or you stick to some statistical numbers as an issue from stopping you from saving lives and I think we have chosen the latter,” he added.