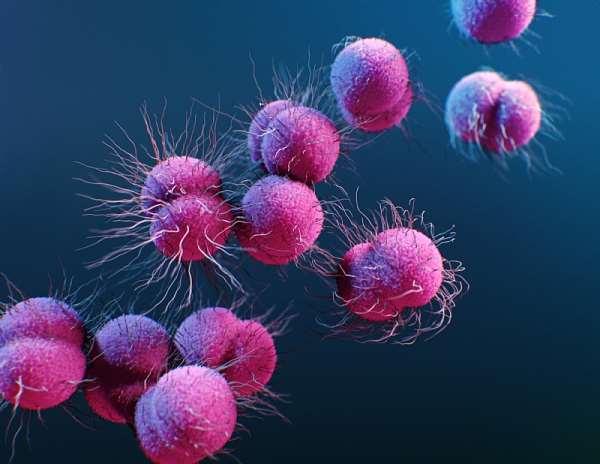 Gonorrhoea is a sexually transmitted infection caused by a bacterium called Neisseria gonorrhoeae. This infection affects 87 million people every year across the world. It can lead to genital discharge, pregnancy complications and infertility. Gonorrhoea can be treated successfully with antibiotics .

Current first-line treatment is a ceftriaxone injection combined with azithromycin given as oral tablet. But in recent years, alarming reports emerged of these drugs failing to treat gonorrhoea patients. Drug-resistance has been reported in Asia , Europe and Australia .

Most of these infections were in populations at high risk for sexually transmitted infections. They include commercial sex workers and men who have sex with men.

The African region has the highest burden of gonorrhoea worldwide. In South Africa alone, it is estimated that more than 2 million new cases occur annually. Yet there isn't much information about antibiotic resistance.

The lack of data poses a serious public health challenge. Drug-resistant Neisseria gonorrhoeae infection, when introduced, could spread widely before being detected. It would most likely emerge in high-risk populations. In a recent study we found a high prevalence of antimicrobial resistance in Neisseria gonorrhoeae strains obtained from high-risk men in South Africa.

South Africa manages sexually transmitted infections by giving patients a combination of antibiotics that covers the most likely cause of their symptoms. There is no laboratory confirmation of the cause. In suspected cases of gonorrhoea, patients would get medication without diagnostic testing. This approach is used in other resource-constrained countries too. It is relatively cheap and easy. But it also leads to unnecessary use of antibiotics. This, in turn, contributes to resistance development.

To prevent an outbreak of infections that resist multiple drugs, the country should introduce diagnostics and scale up surveillance for gonorrhoea.

We recently analysed Neisseria gonorrhoeae strains obtained from 42 high-risk men presenting with gonorrhoea symptoms at public healthcare facilities in Johannesburg, South Africa. Each bacterial strain was grown on a culture plate from urine samples. In the laboratory we tested how well individual drugs worked on each of these bacterial strains.

Despite the relatively small sample size, this study highlights important gaps in the response to the global threat of drug-resistant gonorrhoea.

First, it shows the importance of investing in drug resistance surveillance at a large scale across the country. The current surveillance performed in South Africa can only accommodate a limited number of facilities. High-risk populations are also not included.

These differences warrant an intensive effort to determine the level of azithromycin resistance across the country. Depending on the outcome, it might be necessary to reconsider using this drug. Fortunately, ceftriaxone resistance was not detected in any of these studies. It remains the drug of choice to treat gonorrhoea.

Second, the high-risk populations, especially men who have sex with men, must be included in gonorrhoea surveillance programmes. Historically, drug-resistant gonorrhoea emerged first in these populations. For example, the first two cases of cefixime-resistant gonorrhoea in South Africa occurred in 2012 in men who have sex with men . Since then, several more cases have been identified. Similarly, azithromycin resistance was detected in 15% of the high-risk men with gonorrhoea in Johannesburg. National surveillance of the general population detected it in less than 2% of Neisseria gonorrhoeae strains in that city.

This requires further investment in laboratory resources, logistics and infrastructure so that specimens can be stored and transported between the healthcare facility and laboratory. The biological nature of Neisseria gonorrhoeae makes these requirements even more complicated.

Finally, development of new drugs is essential. Good news is the recent start of a multicountry trial of zoliflodacin as a potential treatment for gonorrhoea .

The global threat of drug-resistant gonorrhoea is real. Ceftriaxone-resistant strains have not yet been identified in South Africa. But the presence of cefixime resistance and the potential emergence of azithromycin resistance are a clear warning.

Remco Peters is affiliated with the Research Unit of the Foundation for Professional Development in East London, South Africa.

Liteboho Daniel Maduna does not work for, consult, own shares in or receive funding from any company or organisation that would benefit from this article, and has disclosed no relevant affiliations beyond their academic appointment.

By Remco Peters, Extraordinary Professor in the Department of Medical Microbiology, University of Pretoria And