Call For Calm In Guinea 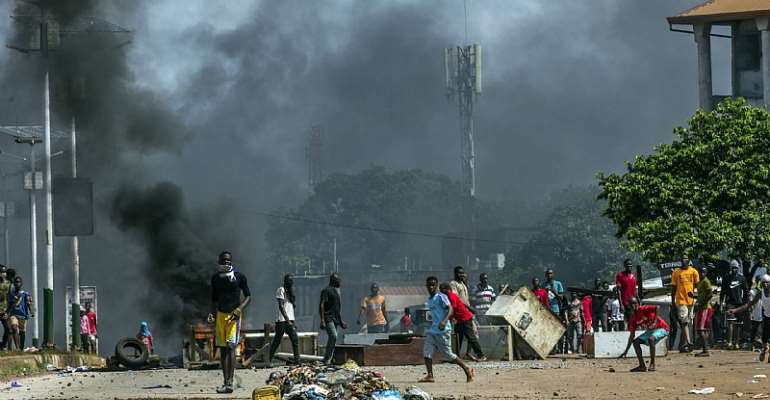 The People’s Democratic League (PDL) has been following the situation in the sister African country of Guinea whereby post-election violence has resulted to the deaths of many Guineans and wanton destruction of property. The results have been provisionally announced with incumbent President Alpha Conde leading in the vote with 2,438,815 (59.49%) against his main rival Cellou Dalein Diallo, who obtained 1,373,320 votes (33.50%).

The Guinean people reserve the right to elect their leaders in a credible process. The PDL understands African observers have commended the election process in that country as properly organized.

Reports sneaking out suggest Guineans are now gripped by post election violence along tribal lines. Indeed, all kinds of rumors are flying intensely. At the same time, many Guineans, both at home and abroad have been diligently reminding each other to avoid spreading rumors or post fake news or inciting videos in the social media.

Religious leaders and civil society groups have formed something of a peace industry, in their efforts to salvage Guinea from becoming the Rwanda of West Africa. Their call is not for mass action, but a commitment to peace and unity of all the Guinean people.

To subscribe to the above, the People’s Democratic League (PDL) warns Guinean politicians to think their country first, show leadership quality and be extremely careful of what they say now. The opposition, for instance has every right to challenge the results if needs be, at a competent court of law, but heated accusations could also easily inflame tensions again. There is just no need to squander the tremendous effort to maintain peace and stability in Guinea.

Peace with our neighbors; and peace in Guinea is imperative. We call on all Guinean leaders, including the government and opposition to spare their country from sliding into civil war. We call on the supposed losers in the Guinean elections to accept the official results to be announced by Guinea’s electoral body, for the sake of peace and stability not only in Guinea, but in the entire West African region. It is better to concede in a losing battle than to put up a fight that will lead to endangering the lives of people.

The Guinean government and the opposition owe the Guinean people peace and not bloodshed, killings, and destruction that have plagued the West African nation before, during and after the October 2020 elections. Both the Guinean government and opposition leaders need to call their members and supporters to remain calm, peaceful and respectful of law; and must do everything in their power to save their country from further violence and unnecessary confrontations that could provoke retaliation. Another five years of disgruntlement is preferable to a post-election violence, which may lead to a painful period of suffering and misery.

The international community is watching, and for us in Sierra Leone and in particular, the People’s Democratic League wishes our African brothers and sisters in Guinea peace, stability, unity and happiness.