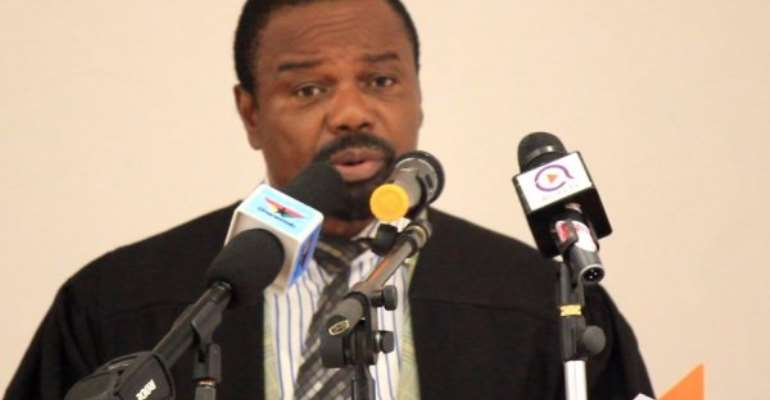 Dr. Vladimir Antwi-Danso, Dean of Academic Affairs, Ghana Armed Forces and Staff College has ruled out the possibility of SARS protests in Nigeria happening in other African countries.

Dr Antwi-Danso who is also an International Relations Expert said unlike the Arab spring pro-democracy riots and protests that happened in the Middle East and North Africa about ten years ago, the Nigerian riots pertained to Nigeria's own unique socio-political circumstances, and had absolutely no connection with the rest of the continent,

Dr Antwi-Danso told the Ghana News in an interview that if it so happened that any country had similar circumstances that logically held a threat for a replication of the anti-SARS riots in Nigeria, then, such replication could happen.

On the role of ECOWAS in the entire impasse, the International Affairs expert cautioned that ECOWAS should desist from what he described as "stampeding" their will unto the Nigerian Government, towards finding a solution to the crisis.

He said this was because Nigeria was a complete sovereignty, and that the situation currently pertaining was quite within the ability of the Nigerian Government to handle.

Dr Antwi-Danso said ECOWAS could play a quiet, diplomatic role in the background at the moment, but had to completely stay out of actual administrative decision-taking in Nigeria because that totally lay in the hands of the Nigerian government.

He also urged journalists to be highly responsible with their reportage and discussions concerning the event, and avoid discussions that could further escalate the situation in that country.

The International Affairs expert advised the Nigerian government to be very sensitive to the concerns of the demonstrators, and handle them with lots of tact and care.

Amnesty International says at least 12 people were killed at Lekki, a city within Lagos State last Tuesday after Nigerian security forces were said to have opened fire on them, while they protested against police brutalities in Nigeria.

Meanwhile, Nigerian President, Muhammadu Buhari has ordered the disbandment of SARS following the protests and asked the Nigerian security agencies to operate within the confines of the country's laws, adding that they should avoid any moves that could aggravate the situation.

The President has also asked the protesters to cease rioting and engage with the government.

The anti-SARS protests begun about two weeks ago, after a video in which a man was being beaten by men in police attire suspected to belong to the Special Anti-Armed Robbery Squad known as the SARS, got circulated within Nigeria.

Ghana running into unsustainable debt levels topping 80% of ...
32 minutes ago