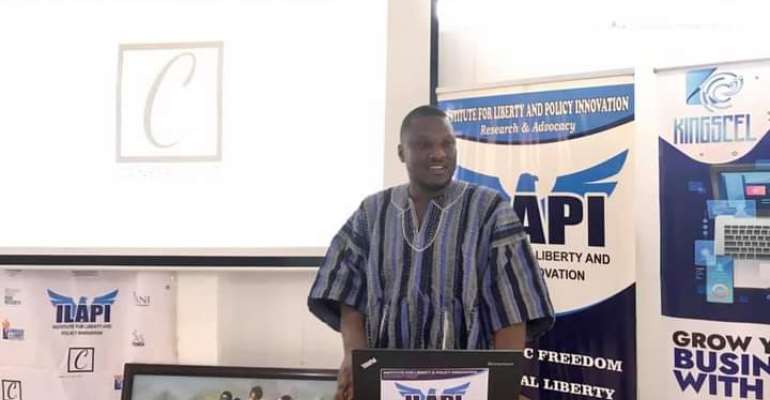 He said this during his engagement with the 2020 African Journalists For Economic Opportunity Training (AJEOT) on Understanding the Legal Framework within the Realms of Public Policy Formulation.

In a related development, he added that since government prioritizes renovating Ministers- their V8's and other luxurious goods, they fail to put a premium on the value of money.

He explained that; "whenever a government in power says they've constructed three interchanges with less money without providing the value of money, it remains a complete undefinition of the scope".

"Dr Bawumia is wrong if he argues that the NPP government constructs 3 interchanges with less money as compared to the NDC", he said

He indicated that per the principle of nature, labor is the ultimate source of all economic value, hence governments should be centered more on national interests.

"As journalists are known to be the 4th arm of government with the voice for the voiceless in our democratic society, it is imperative to understand policies and how they are formulated for implementation to achieve its intents. Market competition and efficient function of the government to provide security from violence has taken millions of people from poverty", he concluded.

Institute of Liberty and Policy Innovation (ILAPI), AJEOT is a two-day intensive residential certification training for journalists and prolific writers to learn the tools for advocacy and economic principles of classical liberalism to help shape public policy discourse, and question the status quo for a free and prosperous society.