You're A Covenant Keeping Leader — Ahafo Chiefs To Akufo-Addo 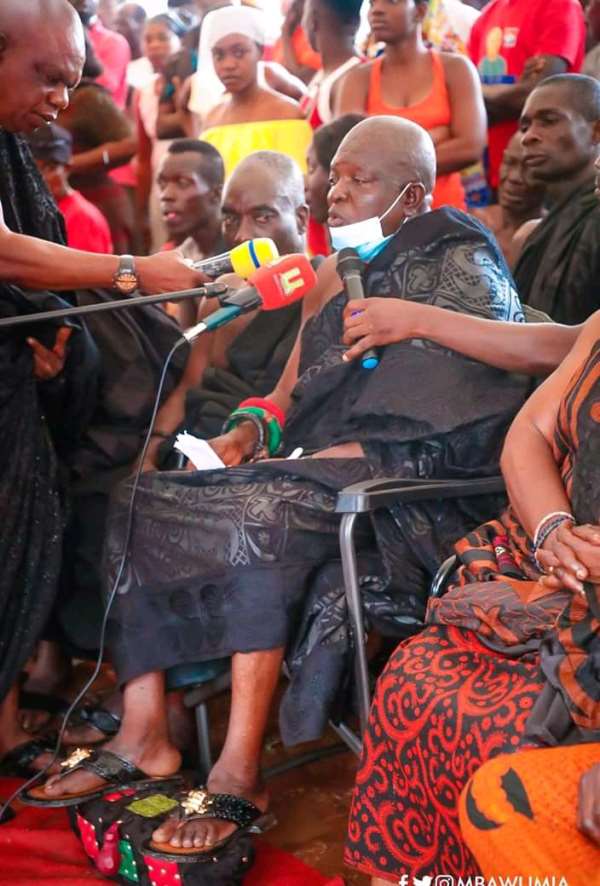 The Chiefs of Ahafo Region have heaped praises on President Akufo-Addo.

They described the President as a "covenant keeping leader" who has delivered his 2016 campaign promises.

Addressing the Vice President and his team at Acherensua in the Asutifi South Constituency, Osuodumgya Barima Apea-Dwaah Boafo II, President of Hwidiem Traditional Council said President Akufo-Addo then candidate of NPP assured them of the creation of the region.

"Lo and behold this has been fulfilled to improve development," he stated.

According to him, under the leadership of President Akufo-Addo, the teacher and nursing trainee allowances have been restored as promised. "The Free SHS, One District One Factory, One Constituency One Dam, Planting for Food and Jobs and many other things he promised has been delivered."

At Kwapong in the Asunafo South Constituency, the Chief of the area, Nana Obuobi Fokuo I said Ghanaians can attest to the Free SHS promise which has been delivered.

He added that the free education policy which was strongly objected by the former President and the National Democratic Congress (NDC) in 2016 has become a reality benefitting many school children without any political colouration.

At Asutifi South Constituency, the Chief of Nkaseim Sarfo Kantanka noted that President Akufo-Addo and his government has introduced one ambulance one constituency which has addressed the no ambulance syndrome witnessed at various health facilities across the country especially in deprived areas.

Other chiefs praise the Vice President and his team when he visited Abuom, Derma and Brosankro.

The Vice President, Dr Mahamudu Bawumia expressed gratitude to the chiefs and the people for supporting the government in diverse to make the country governable with the policies it promised.

He emphasized that his government has extremely performed better than the NDC led by John Dramani Mahama. "So the people of Ahafo must vote massively for NPP come December 7 elections so that we can continue the good works we have done and continue to do."