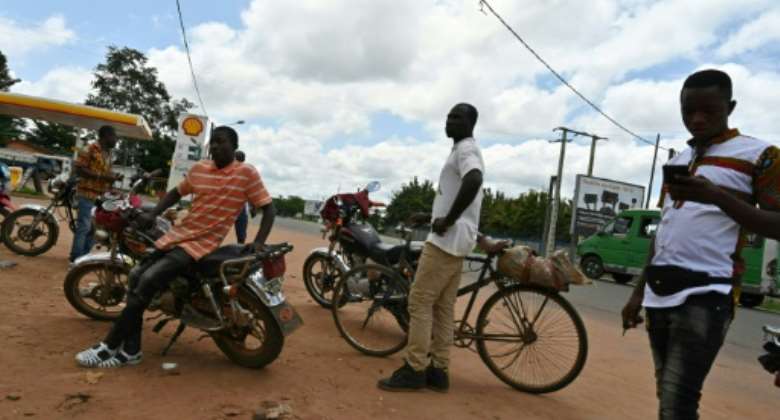 The death toll in Ivory Coast could rise further, as the prefect and local mayor Yede Niangne said the sound of Kalashnikov rifles being fired could still be heard in the town. By Issouf SANOGO (AFP)

Ivory Coast has plunged into a wave of pre-election intercommunal violence which has left at least seven people dead and 40 others injured in recent days in and around a port town near Abidjan, officials said Wednesday.

"So far four bodies have been killed in an area of Dabou today and there were three dead yesterday," said Remy Nzi Kanga, local prefect of the port town 50 kilometres west of the country's main city Abidjan.

He told AFP that around 40 more people had been injured.

The death toll could rise further, as the prefect and local mayor Yede Niangne said the sound of Kalashnikov rifles being fired could still be heard in the town on Wednesday.

Some 15 people had already been killed in August and September as tensions mounted.

Violence in the lead-up to the presidential vote on October 31 has stirred raw memories of post-electoral clashes that killed 3,000 in 2010-11, when then-president Laurent Gbagbo refused to accept his defeat to challenger Alassane Ouattara.

The regional Economic Community of West African States (ECOWAS) on Monday urged opposition parties to "seriously reconsider their decision to boycott the election, and their call on their supporters to engage in civil disobedience".

The opposition has allowed doubts to swirl over whether it will shun the vote, urging supporters to boycott the electoral process and campaigning, while stopping short of withdrawing three candidacies

The calls for a boycott came after Ouattara, who has governed for two terms, said he would stand again in defiance of a constitutional limit, saying that a 2016 reform has reset the counter.

Dozens of would-be candidates have been barred from running in the election, including Gbagbo and ex-rebel chief Guillaume Soro, who both played key roles in the 2010-11 crisis.

On Wednesday Nzi Kanga spoke of violence by an armed "militia" in Dabou and said reinforcements were being brought in to stabilise the situation.

According to local witnesses the latest trouble began on Monday with fighting between local Adjoukrou tribesmen, deemed close the opposition, and Dioula people from northern Ivory Coast who back Ouattara.

People flee while demonstrators are dispersed in the Cocody district of Abidjan on October 19, 2020, during a demonstration against the third mandate of outgoing Ivorian President Alassane Ouattara. By PATRICK FORT (AFP/File)

One young man was hacked to death with machetes just outside Dabou on Tuesday.

Another local resident warned that "the situation is very volatile," with inhabitants of nearby villages "crying for revenge".