Can blasé Parisians really learn to love their city like Netflix's 'Emily in Paris'? 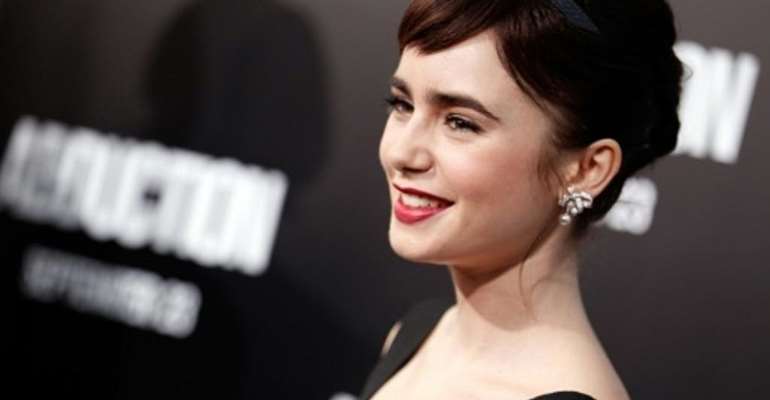 Yes it's packed with clichés, visual and ideological, but the new Netflix series has arrived at a time when even the famously cynical inhabitants of the French capital need a little make-believe.

Emily in Paris, launched on October 2nd, is about a young American sent from Chicago to the French capital to work for a marketing agency with high end clients.

Paris is shown looking simply beautiful. The streets are cobbled and rubbish-free, the monuments look stunning and Emily's job takes her from soirées in gracious salons to galleries and gourmet restaurants.

Parisians did not recognize the place.
There were twitter parodies imagining Emily, who is never seen on the metro in the series, enduring the notoriously overcrowded line 13.

And jokes about Emily's improbably spacious living space (meant to be a Chambre de Bonne, they usually measure about 15m2)

Lovely smiley Emily's professional mission in Paris is to improve the agency's digital marketing performance. This means reckoning with both a different work culture and different ways of viewing the world.

No one in her new office starts work before 10.30, everyone drinks wine with lunch and Emily's colleagues fret that she might ruin the atmosphere with her American ways and enthusiasm for figures.

Boss Sylvie exemplifies another caricature. She is sophisticated and hostile. The promotion of luxury products requires a subtlety and mystique that is automatically French, Sylvie hints, and Emily's crass, simplistic American ideas are of no value.

The young American thinks one of the agency's adverts, featuring a naked model, objectifies women and is sexist. Sylvie rolls her eyes. Antoine, who owns the agency and is (of course) Sylvie's lover, says because the naked woman incites desire, it is she who holds power over men.

Emily starts a conversation about the ad on instagram ('Sexist or Sexy?”) creating further publicity for the brand. Antoine is impressed. He sends Emily some black lingerie to express his gratitude – explaining confidently to her later that such lingerie makes the wearer feel good.

So many French versus American stereotypes in just one episode …

Yet Darren Star, the American who created the series, (as well as Sex in the City) knows Paris well and says Emily's experiences reflect many of his own. (Maybe not the lingerie one?). He says he loves the city and it's clear from the feel and tone of the series that he does.

The show, he told Buzzfeed USA is “about going to a foreign country and being an expatriate, and experiencing something different,”

'Paris is many things'
The series is already a huge hit and there will probably be at least a second season.

Gabriel, the chef who lives in the apartment beneath Emily's, is played by Lucas Bravo, who has become an instant success.

The French actor recognizes that the series deals in rose-tinted images and character stereotypes but told Cosmopolitan UK that “if you want to tell a story about Paris” which he describes as a city of many nationalities and ways of thinking “you have to choose an angle.” A fact he feels many French critics failed to grasp. “They're like 'Oh this is not what Paris is'. Of course, Paris is many things” he told the magazine.

The gourmet bistro where Lucas works is now famous on the real instagram. Les Deux Compères (rue des Fossés Saint-Jacques in the 5th) is actually an Italian restaurant called Terra Nova and the two Italians who run it are delighted with the sudden exposure. It's near the Senate and is popular with politicians but owner Valério now expects an additional younger clientele.

And they won't be wearing sobre suits. Emily's wildly colourful clothes in the series are certain to spark a noisy trend.

That's what this sort of TV series does. It's not a careful representation of a place or a people, it just takes you somewhere for a while and influences your mood.

Smiley optimistic Emily is a joy. Attentive unpretentious Gabriel is lovely. The series has dropped at a time when many crave such prettiness and gentle humour.

There is no real clash of cultures, more a juxtaposition of two approaches, neither owned entirely by either country.

And after the first wave of derisive tweets, a new batch of French fans is speaking out. Fashion influencer Peggy Frey loves the show and has created a new hashtag #Sauvonsemily (Save Emily).

Some Parisians have confessed to being so caught up in their daily lives that they had stopped looking at the city and had enjoyed seeing it through Emily's eyes in the series.

The capital at the moment is certainly not at its best. So many places are closed because of the pandemic and whole chunks of the city are being dug up to create bike lanes. The streets are dirtier than they used to be.

But still ..
Paris IS beautiful and there is much to be said for the way the French do things – though the (tiredly stereotypical?) cynical Parisian cannot always see it.