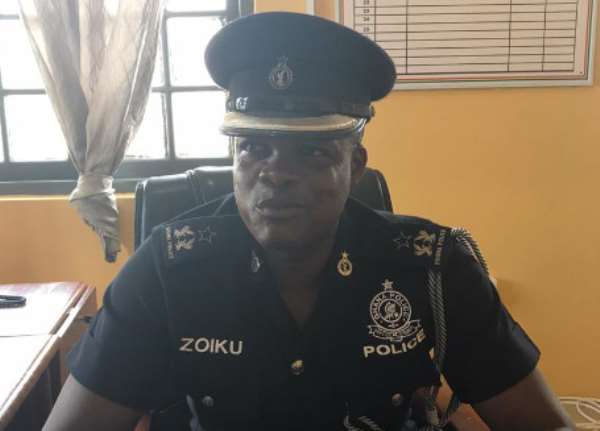 The Sekondi Police Command in the Western Region has expressed worry over increasing cases of fake kidnapping.

The Sekondi Divisional Commander, Chief Supt Dima Zoiku in an exclusive interview with Empire News’ Emmanuel Ohene-Gyan revealed that all the eighteen (18) missing, abduction and kidnapping cases reported at the police station from February to October 2020 turned out to be fake after thorough investigations by the police.

“Because of the four missing Takoradi Girls case, the police administration has decided not to take incidents of such nature as a joke or lightly and I can tell you on authority since assumption of office as the divisional commander for Sekondi, eighteen of the cases of missing children, abduction and kidnapping all turned out not to be true”, he lamented.

He disclosed that most of the cases involved ladies between the ages of 16 to 22 who stage manage their own kidnapping in a bid to make money out of their parents.

“We have also noticed that some of the parents are not being responsible; they don’t care about the welfare of their kids,” Chief Supt Zoiku added.

“Parents must talk to their children to desist from these acts which is on the ascendancy in the Sekondi-Takoradi Metropolis, the children themselves must watch out because the police will not countenance these attitudes, it is criminal so once we get you, we have to send you to court,” he warned.

He recounted how a team of police personnel nearly got involved in an accident on the main Takoradi-Winneba road, in the process of arresting a male suspect who connived with his girlfriend to dupe her mother.

So far two persons have been remanded by a Sekondi District court for faking their kidnapping.