A/R: 2 Butchered Themselves To Death After Clash Between Taskforce And Armed Robbers At Ejisu 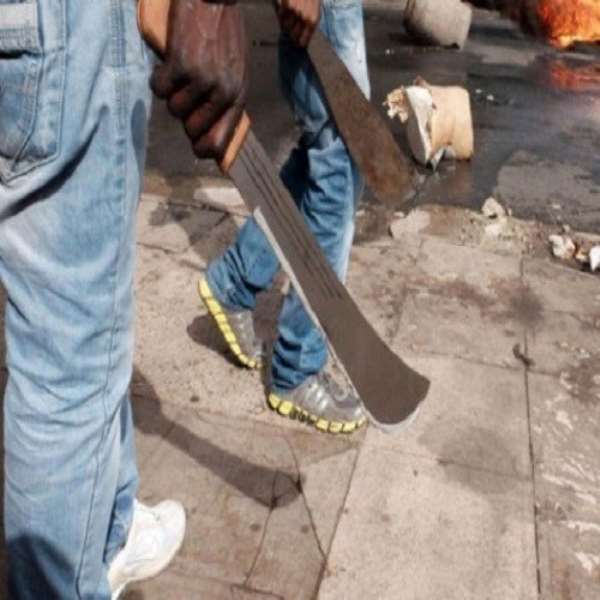 Two people died following a clash between a taskforce and a gang suspected to be armed robbers, at Ejura, in Ashanti.

The deceased, are a member of the taskforce, identified as Hakim Seidu, also known as (alias) Azumah, 27, and a suspected robber, yet to be identified.

Eyewitness reports gathered by Ghanaian Times indicated that members of the taskforce were on their normal routine patrol at the Ejura Market when they spotted suspected robbers in the early hours of Saturday.

The report indicated that the suspects, armed with machete and other dangerous missiles, attacked the taskforce turning it into a bloody scene.

According to the sources, the deceased taskforce member had a scuffle with one of the suspects, resulting in the two slashing each other with machetes.

The two, according to the eyewitness died on the spot, and the bodies had been deposited at the Ejura Government Hospital morgue.

A police source confirmed the incident, indicating that a member of the taskforce was receiving treatment at the Ejura Government Hospital after sustaining severe wounds in the head.

In another development, the Ashanti Regional Director of the Electoral

Commission (EC), Benjamin Bannor Bio, was attacked by robbers at gunpoint, on the Anwiankwanta-Obuasi highway about 10:30pm on Saturday, according to a police source.

The EC official, the source said, was returning from the Western Region to Kumasi when he and four others on board a Nissan patrol vehicle, were attacked by the armed men.

It was gathered that the suspects took their mobile handsets and an unspecified amount of money.