C/R: We’ve Not Received Any Report Of Robbery Attack At UCC Campus – Police 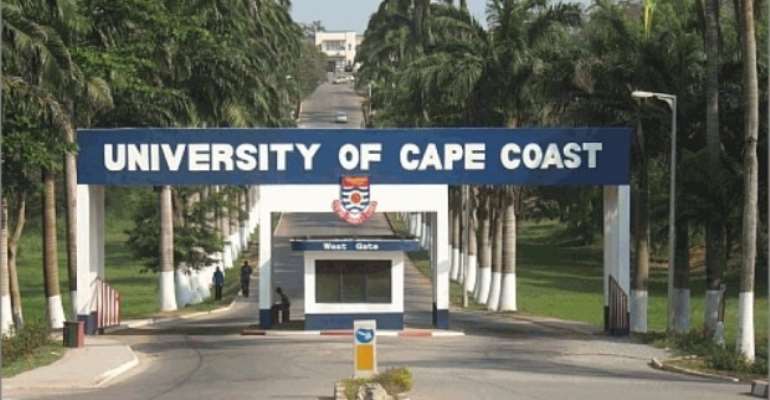 The Central Regional Police Command has described as false, reports of a robbery attack on some students of the University of Cape Coast (UCC) campus.

Students of the school have alleged that a robbery incident occurred last night involving men armed with knives and guns.

There were strong reactions to the said incident, leading to the hashtag #UCCLivesMatter and other related terms trending on social media.

Speaking to Citi News, however, the Central Regional Police PRO, DSP Irene Oppong, urged parents and guardians with wards at the University of Cape Coast to remain calm and further indicated that the security measures on campus were apt.

“We want to put it on record that we do not have any reports of robbery incident on UCC campus. Nobody has reported it to us. We have contacted the security apparatus of the school and some authorities and nothing of that sort has occurred. The District Police Command has also not received such complaints.”

The police have also assured of increased security on campus to avert a possible attack.

“We are performing patrols day and night and UCC security is also doing the same. We want to assure parents that there is no cause for alarm. They are no injuries at UCC campus, so they should just relax. People are just creating fear and panic. In the video is a place where exams are written and not a residence as claimed”, she added.

Do The DNA Test For Rawlings And His alleged 52 Years Old Da...
19 minutes ago