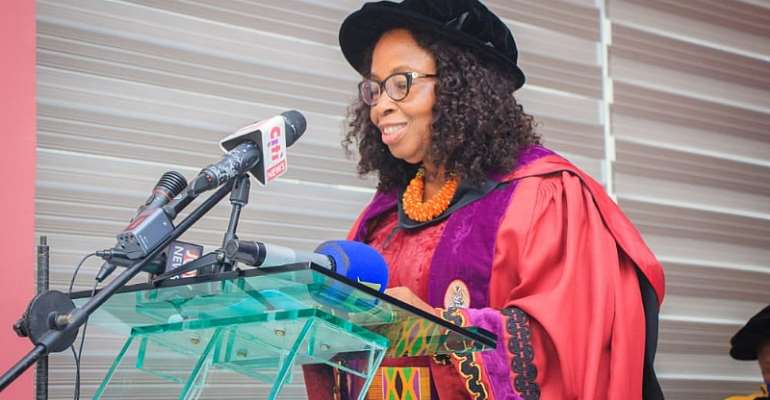 Mrs. Theodosia Jackson, the Principal of Jackson College of Education is advocating for the creation of an enabling environment for girls to develop their talents and contribute meaningfully to national development as they grow.

She said it is important for the country to make conscious efforts to eliminate all forms of obstacles hindering the development of girls as Ghana joins the rest of the world to mark International Day of the Girl Child today, October 11.

The day is set aside annually by the United Nations to amplify the voices and rights of girls everywhere in the world to create awareness about the unique challenges that girls around the world face on a daily basis.

This year’s theme, “My Voice, Our Equal Future”, forecast a better world inspired and led by adolescent girls, as part of the global Generation Equality Movement.

Mrs. Jackson said the girl child, just like any other kid possesses the potential to become great scientists, engineers, lawyers, doctors, and other prominent professionals when given the needed support and encouragement.

She spoke against customary practices that truncate the progress of the girl child and deny them a better future such as early child marriage and admonished parents not to sacrifice the future of their children for parochial financial gains.

She said many girls are denied basic needs for their upkeep, thereby forcing them into promiscuous lifestyles and in some cases dating men as old as their fathers without shame.

“Girls are vulnerable and I am appealing to all parents to make every effort to provide their needs so that men do not take undue advantage of them”, she observed.

Mrs. Jackson who is also a renowned counselor said the wanton abuse of girls which sometimes include their own family members and even teachers is despicable and called for severe punishment against perpetrators to curb the menace.

“I want to encourage you young lady to be ambitious because God has a purpose for your life and you have to be focused to pursue your preferred career”, Mrs. Jackson admonished young ladies.

She further urged young girls to be mentally strong, determined, and refuse to be distracted by their peers in their quest to climb the academic ladder.

Six die in accident at Hemang after car crashed into wrongly...
39 minutes ago