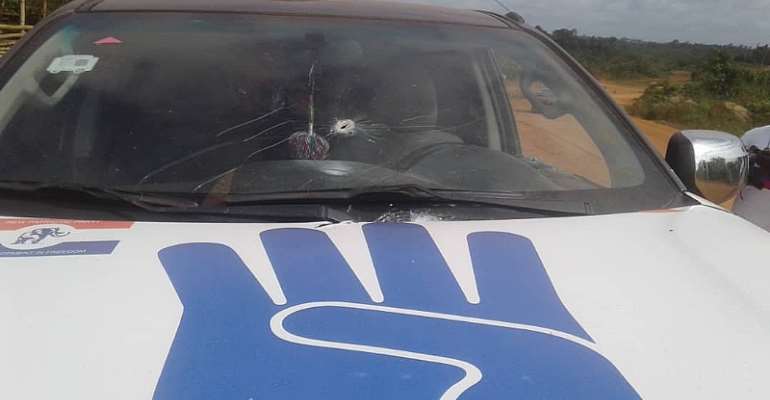 The ruling New Patriotic Party (NPP) in the Mfantseman constituency in the Central Region has debunked reports of the death of the driver of the late Member of Parliament for the constituency, Ekow Quansah Hayford.

The driver who is only identified as Yusif was earlier said to have passed on while receiving medical treatment after sustaining gunshot wounds in the alleged robbery attack.

But new reports indicate that the driver is still alive.

The Communications Director of the NPP in Mfantseman, Dr. Nana Yaw Agyenim-Boateng in a Citi News interview said the driver was in coma instead.

“On Friday, a call came that the driver of the late MP has also passed on. So we called the doctor at that particular hospital who confirmed same but later in the day, news also broke that he (the driver) went into a coma, and he is back from the alleged coma. So I called the constituency Chairman who is also close to the late MP driver that this is what I have heard, and he confirmed that the man is alive,” he said.

The MP was shot on the Abeadze Dominase-Abeadze Duadzi-Mankessim road by unknown assailants believed to be on a robbery spree during the early hours of Friday, October 9, 2020.

Mr. Hayford was said to be returning from a campaign trip when the incident occurred.

Those who were with him were also attacked by the alleged robbers.

Police are currently investigating the issue.