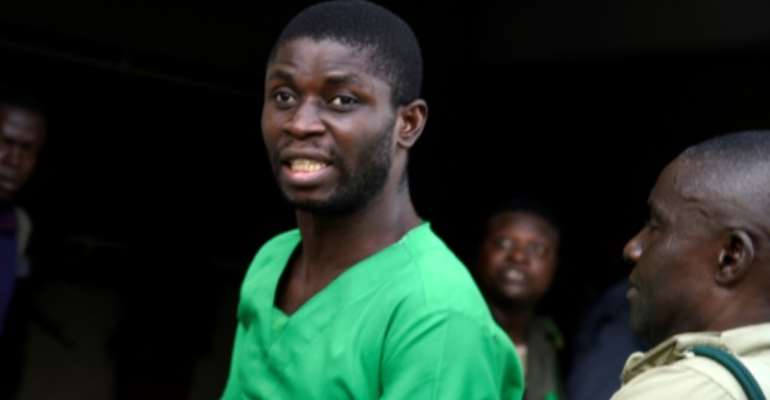 A Nigerian man on Friday received the death sentence for the serial murders of nine women in hotel rooms in the country's oil hub in what appeared to be ritual killings.

Gracious David-West, 40, was arrested in September last year after several women were found strangled to death in different hotels in Port Harcourt, the capital of the southeastern Rivers state.

They had white cloth wrapped around their necks and waists, possibly indicating ritual crimes, according to police.

The killings sparked outrage and prompted women to take to the streets of the city to demand better police protection.

"I find you, Gracious David-West, guilty of the murder of nine young women and the attempted murder of another in hotels last year and sentence you to death by hanging," said judge Adolphus Enebele.

The serial killer appeared in court alongside a woman, Nimi Thankgod, who was acquitted over charges of "misconduct with the corpse of one of the victims."

Rivers state has one of the highest crime rates in Nigeria, and several violent cults flourish there.

Around 2,000 people are currently on death row in Nigeria but only seven have been executed in the past ten years, according to rights groups.

When David-West was arrested, police paraded him through the streets and published a video on Twitter showing him admitting to the murders. A month later, he retracted his statement and pleaded not guilty in court.