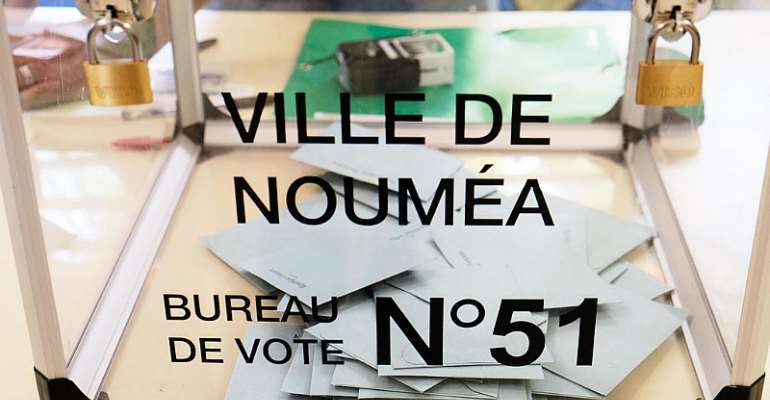 The South Pacific archipelago of New Caledonia again rejected independence from France in a referendum on Sunday that showed the 'Yes' camp steadily gain ground.

The territory's second such vote in two years saw more than 53 percent of participants ensure that, at least for now, New Caledonia would remain French.

Figures from the High Commission showed a record turnout of 85 percent – up five points from the 2018 ballot, with a mere 9,965 votes getting the 'No' camp over the line.

In a public address, French President Emmanuel Macron welcomed the result with “a deep sense of gratitude" and "humility”, saying “the voters have spoken”.

Because the island chain is free of Covid-19 thanks to a drastic reduction of international flights and a mandatory quarantine for all arrivals, the referendum was held without masks or distancing measures.

The vote is part of a decolonisation plan agreed in 1998 that ended a violent conflict between the indigenous Kanak population, who mostly favour independence, and the descendants of European settlers.

Since New Caledonia became a French colony in 1853, tensions have run deep between the two sides.

It's possible a third referendum could take place between now and 2022, if it is requested by at least a third of the local legislature. Residents loyal to France, however, actively oppose such a measure.

While New Caledonia enjoys a great deal of autonomy, it depends heavily on France for defence and education.

If pro-independence supporters manage to eventually win sovereignty, France would lose its foothold in the South Pacific, where China is expanding its influence.

Mahama becoming President again is one of the greatest calam...
7 minutes ago

What Shatta Wale did was childish and stupid — Nii Ayitey An...
15 minutes ago