S.African troops back in barracks after anti-virus deployment 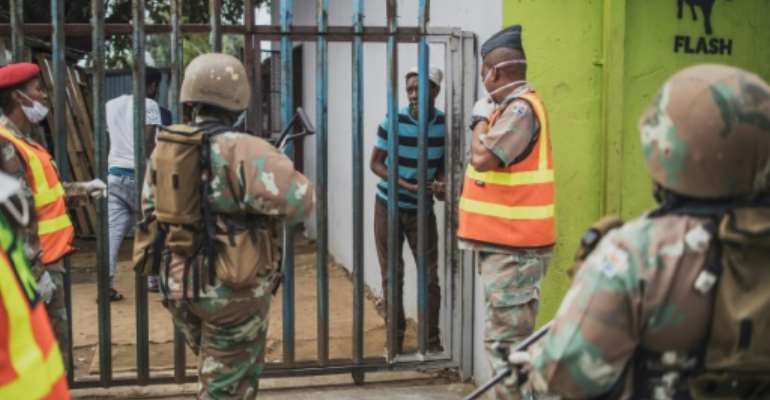 South African soldiers patrolled the streets alongside police during the country's lockdown. By MARCO LONGARI (AFP/File)

South African soldiers deployed to enforce one of the world's strictest lockdowns to control the spread of coronavirus have returned to barracks as new infections slowed, the military said Friday.

But a month later he deployed 73,000 extra troops to help implement the nationwide lockdown.

The South African National Defence Force (SANDF) on Friday said its deployment had expired on September 30.

The soldiers had "successfully contributed" to "the national effort to mitigate the spread of Covid-19," it said in a statement.

"Deployed forces will be confined to operational bases until further notice, with contingencies to render assistance in the event of a second wave," SANDF added.

Some security forces have been accused of heavy-handedness in enforcing South Africa's lockdown rules.

Military medical staff were also dispatched to some state hospitals to help shore up the health service, which was buckling under rising number of cases during the peak in July.

Despite its strict lockdown, South Africa has been relatively hard-hit, with more than 676,000 infections and 16,866 deaths recorded to date -- just under half the total number of cases detected on the continent.