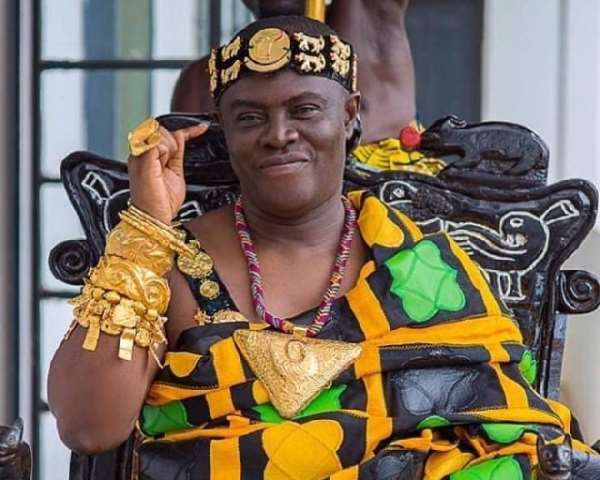 The Paramount Chief of Dormaa Traditional Council, Osagyefo Oseadeeyo Agyemang-Badu II, has supported the call for the leaders of the two major parties to hold a national debate, as Ghana prepares for the December 7 general elections.

Mr Mahama told the chiefs and people of Kwamekrom in the Biakoye constituency during his Oti Region tour that “he is ready to settle the infrastructure debate once and for all”, adding that “President Akufo-Addo is at liberty to select the moderators and the institution that he wants to organise the debate, and he will show up any day, at any time and anywhere.”

Even though there has not been an official response from the incumbent President, the NPP says it is not in their campaign plans to debate the former President.

The Dormaa Paramount Chief, however, supports the call for a national debate.

Addressing a gathering when the former president paid a courtesy call on him at his palace in Dormaa Ahenkro on Thursday, 2 October 2020, Osagyefo Oseadeeyo Agyemang-Badu II said: "I strongly support this debate between the two presidential candidates to enable Ghanaians to know the party with the better track record and decide who to vote for".

Oseadeeyo Agyemang-Badu II expressed the hope that the two parties would come to an amicable solution to participate in the national debate.

In the area of infrastructure development, the Dormaa Paramount Chief extolled the achievements of Mr Mahama during his tenure.

According to Oseadeeyo Agyemang-Badu II, he is always ready to praise any government that is working to develop his area and urged other leaders who would get the opportunity to govern the country to work hard to beat the record that has been set by Mr Mahama, for Ghana to develop.

A change in our constitution will lead to the new Ghana we'r...
57 minutes ago