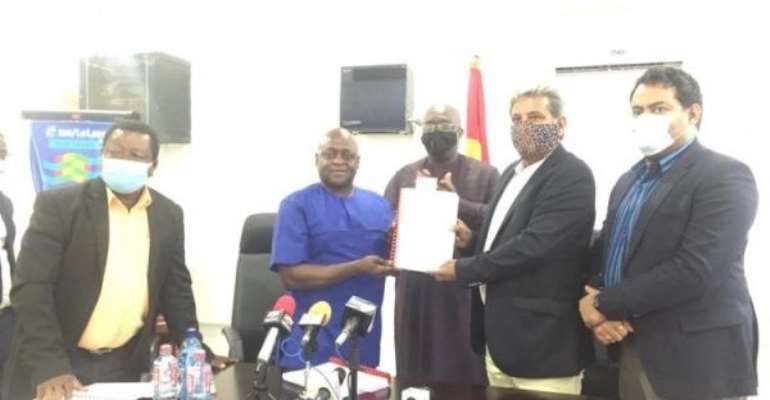 The contract, valued at $419 million was signed on Tuesday, September 29, 2020, at the Ministry of Railways Development in Accra.

It is for the construction of a 51 kilometers standard gauge railway line from Eduadin to Obuasi in the Ashanti Region.

Afcons Infrastructure Limited, which is constructing the Tema-Mpakadan rail line, is per the new contract, expected to construct the Obuasi to Eduadin stretch of the Western Rail line which forms part of the Ghana Railway Masterplan.

The project is expected to be completed within 36 months from the date of commencement.

Speaking shortly after signing the contract on behalf of GRDA and the Government of Ghana, Chief Executive Officer (CEO) of GRDA, Richard Dombo, said based on the great work Afcons Infrastructure Limited has done on the Tema-Mpakadan rail line, it was not difficult for Government to award them the contract.

He stated that “We are building modern railway lines.”

Minister for Railways Development, Joe Ghartey, who witnessed the signing ceremony, said, the deal will be sent to Parliament for approval.

Vice President of AfCons Infrastructure Limited, U v Singh, thanked the Government of Ghana for once again reposing trust in the company.

He assured the Government and people of Ghana that Afcons will deliver to expectation, saying railways will be the game-changer for Ghana's economic development.

‘We’ll go hungry if we stop light fishing’ – Fishermen in El...
22 minutes ago