By Jerry John Nutor - The Conversation 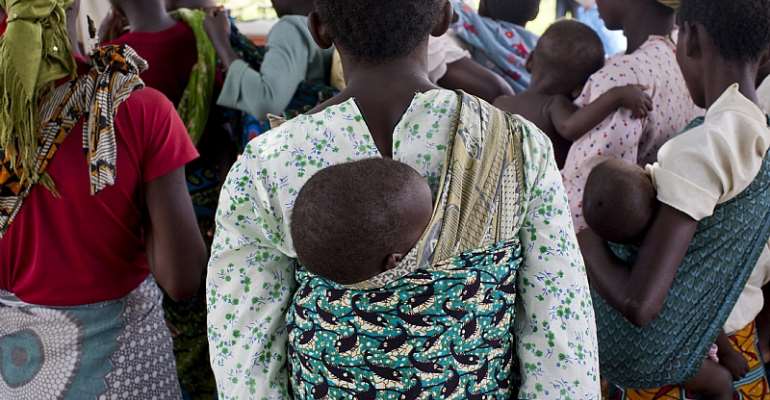 There are more than 85,000 children living with HIV in Zambia. The primary source of infection is from mother to child during pregnancy, childbirth or breastfeeding. Antiretroviral therapy (ART) is an effective strategy to eliminate these new infections. But it only works if women take their medications consistently.

Adherence to ART is still a major challenge in sub-Saharan Africa, especially among pregnant and breastfeeding women . In 2012, the World Health Organisation (WHO) introduced new guidelines for the prevention of mother-to-child transmission of HIV. Women with HIV are provided with the antiretrovirals as soon as they become pregnant and have to take treatment for life.

The use of ART among pregnant and breastfeeding women in Zambia increased from 65% in 2012 to 80% in 2018 – but adherence has been problematic.

A number of factors can influence whether women take their HIV medicine consistently. They may forget or be too busy. They may fear stigma and discrimination in their communities. They might have difficulty paying for the medication or be unable to access healthcare. Adverse side effects of the drugs can also drive people to stop taking them. Sometimes women intend to take the medication, but circumstances like inadequate access to water or food get in the way. Some intentionally don't take the drugs because of their attitudes and beliefs.

In a recent study we investigated whether attitudes or behavioural beliefs about ART influenced women's intentions to adhere to antiretroviral drug regimens. We surveyed pregnant and breastfeeding women in Zambia. We found that the intention to adhere to ART differed significantly by income, knowledge about HIV transmission, attitudes, and behavioural beliefs. Older women with little knowledge about HIV transmission, and a more negative attitude towards ART, had the weakest intention to adhere to their medication.

Whatever the reason, poor adherence carries serious consequences. For the individual, it can mean increased risk of passing HIV to their children. For the community and the world, it can mean drug resistance and transmission of resistant mutations.

Attitudes and beliefs about antiretrovirals

It's common for people living with HIV to unintentionally lapse in taking their drugs. But intentional lack of adherence has been on the rise in low-resource countries.

My colleagues and I launched the first study in Zambia to explore how attitudes and beliefs affect HIV-positive pregnant and breastfeeding women's intention to take ART consistently. These attitudes and beliefs are influenced by education, religion and socio-cultural norms. People who believe ART improves health are more likely to adhere than those who doubt that HIV exists or the effectiveness of the drugs.

We surveyed women at hospitals and clinics in the urban Lusaka district and the rural Sinazongwe district. We assessed their attitudes by asking them to rate their agreement with statements like:

Taking ART drugs is easy for me; and

It is tiresome to take ART drugs every day.

Their beliefs were captured with statements such as:

I am confident that I will take my ART drugs consistently as prescribed by my healthcare provider; and

I feel comfortable about talking to my healthcare provider about taking my ART drugs.

After accounting for where people lived (rural vs urban) and other factors such as education, income, age and occupation, we found that attitude rather than belief was the key to adherence intention, regardless of where the women lived.

Older rural women with less knowledge about HIV transmission were less likely to plan to adhere to the medication. Positive attitudes about ART were linked with strong intention to adhere.

These findings have implications for research, clinical care and policy. Researchers should design and test interventions that specifically target women's negative attitudes and behavioural beliefs and follow them to see if their intention translates to adherence to ART.

Insights about attitude and beliefs may be useful in improving adherence intention by paying attention to rural communities where resources and knowledge about HIV transmission may be less available.

Health educators can use these findings to advocate for education programmes and materials that reach more vulnerable populations, especially in rural and low-resource areas. Information about HIV and transmission to infants should be presented to women prior to starting ART treatment, including those in rural areas. Women should be given sufficient time to acknowledge the importance of this information for their own health and the health of their entire families.

Interventions that specifically target women's negative beliefs about ART should effectively increase their adherence to ART. Countries like Zambia, with a high HIV prevalence, urgently need to develop tailored approaches to foster more positive attitudes and beliefs towards ART.

Jerry John Nutor does not work for, consult, own shares in or receive funding from any company or organization that would benefit from this article, and has disclosed no relevant affiliations beyond their academic appointment.