By Lindy Heinecken - The Conversation
Article 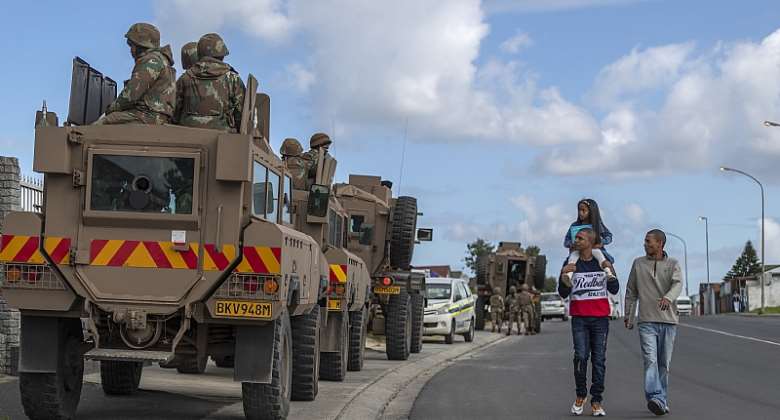 Some hard decisions need to be taken about the future of the South African National Defence Force - Source: Nic Bothma/EFE-EPA

South Africa's parliament has opened discussions about how to redesign the country's lumbering military to make it fit-for-purpose for the 21st Century. To kick-start the process, a parliamentary committee charged with oversight over the military hosted a mini-symposium addressed by military leaders and experts, academics, political parties as well as civil society. Politics Editor Thabo Leshilo asked Lindy Heinecken, a military sociologist, for her insights.

Historically, a review of the country's defence has been informed by a white paper or a defence review produced by the Ministry of Defence. What informs the parliamentary process?

The 1996 White Paper on Defence established a broad policy framework for defence in the country's new democracy from 1994, while the 1998 Defence Review outlined the appropriate size, structure, force design and tasks of the South African National Defence Force.

But, as the force became increasingly drawn into peacekeeping and internal roles - such as fighting crime , the balance between what it is trained, funded and equipped for became misaligned.

In 2015 a new Defence Review was produced given the changes in the strategic environment, and the forces's state of critical decline , resulting mainly from operational overstretch.

While comprehensive, the 2015 review did not specify what the design and structure of the force should look like. This was left to the politicians, military leadership and ultimately society to decide upon. Five years later, there is still no clear direction and the military continues to muddle along.

What is wrong with the military that needs fixing?

Some hard decisions need to be taken on the future of the defence force. Besides the misalignment of its resources, design, equipment and its additional roles, the military has also been hobbled by misappropriation of funds .

The National Treasury highlighted in a briefing to the Joint Standing Committee on Defence that growing personnel expenditure was the main issue incapacitating the defence force, leaving little money for capital and operational expenditure. This has left the military with ageing equipment, and hardly any funds for maintenance. Meanwhile, the deployment of the military has increased substantially , both internal and externally.

The over expenditure on personnel stems from imbalances in the force design and structure. Over time, instead of having 40% personnel in the short term service (2-5yrs), 40 % in the medium term service (up to age 45yrs), an only 20% in the long term service (until 60yrs), 87% of the regular force personnel ended up serving on medium to extended long-term tenures .

This, together with the failure to implement effective personnel exit mechanisms, has led to deviation from the ideal situation of expenditure being 40% on personnel, 30% on capital, and 30% on operations. Personnel costs are now reportedly almost 80% of the defence budget .

Added to this, personnel expenditure has been driven up to unsustainable levels by increases in pay and benefits that have not been budgeted for, rank inflation and the stagnation of junior and middle ranking personnel. This means that people sit in posts for long periods at the top of their scale, or end up being promoted to a higher rank, beyond the post profile. Other anomalies are a high ratio of general officers and a failure to rightsize the forces in accordance with mission demands. These problems are eroding the defence force's capital and operating budget .

There is a pressing need for the military to address its human resource management systems.

Going forward, this means accelerating the exit of unfit, overage, unhealthy and supernumerary personnel over the short to medium term. The longer term should see the military shedding all overage personnel, reversing rank inflation and rebalancing the force. This means looking at the ratio of officers to other ranks, and the ratio of support to combat personnel.

This is a difficult political decision. It entails putting former soldiers out onto the streets, with little other than military skills, making it hard for them to get jobs .

More attention needs to be paid to exit mechanisms for the short and medium terms in order to prepare them for a second career. Another problem is that there are not enough young people transferring from the full-time forces into part-time and reserve forces. This affects both the numerical and functional flexibility of the military in times of crises, when it suddenly needs extra personnel, such as during the Covid-19 crisis.

Why is there need for national consensus on the military?

Before the military can address these challenges, there is a need to reach national consensus on what type of defence force the country wants. At present there is a chasm between what the military leadership believes it should be doing, according to the constitution, what the government and politicians demand, and what the public considers important .

Transformation cannot happen without a clear understanding of the military's future role. Without this, military leadership cannot design, plan, or train personnel for their future roles and missions.

The defence force cannot fulfil its obligations within the current organisational and budgetary constraints .

The defence force is caught in a time warp. It still operates with a mindset and equipment geared for the 20th Century. It has not made the transition into the 21st Century in terms of how to combat future threats, and the use of technology as a force enabler and multiplier . Many tasks, like intelligence gathering and surveillance, can now be done by unmanned aerial vehicles, which are cost effective. But, there is no money for these.

Any restructuring should consider what the future military should look like. But right now, some pressing decisions need to be taken on whether to shut down the military, or channel it towards more pressing issues that affect the safety and security of the country's citizens.

Given the current budgetary constraints, scaling down to playing only a developmental role is possibly the way to go. This means focusing only on border and maritime security, disaster relief and public order functions.

At the same time, there must be capacity to respond to other pressing geo-strategic security concerns unfolding on the country's borders, and beyond, that may require a military response .

Does the country have the money to afford the military it needs?

The simple answer is “no”. But, the reality is that there needs to be a balance between the agreed mandate and budget. Within the current context, the mandate is budget driven, not the other way round, unless the security dynamics change dramatically. It is like taking a risk with an insurance policy, what to secure and what not.

Another way to cut costs is to reduce personnel expenditure to fit sustainably into a smaller funding allocation. This is a difficult political decision, but preferable to the military sliding into further decline .

The current impasse makes it the perfect time to march the defence force in a new direction in accordance with what the country needs, can afford, and deliver. Now, more than ever before, robust debate is needed on the future of South Africa's military.

Lindy Heinecken does not work for, consult, own shares in or receive funding from any company or organisation that would benefit from this article, and has disclosed no relevant affiliations beyond their academic appointment.

By Lindy Heinecken, Chair of the Department of Sociology and Social Anthropology, Stellenbosch University