I Regret Not Serving Under Mahama – PC Appiah Ofori 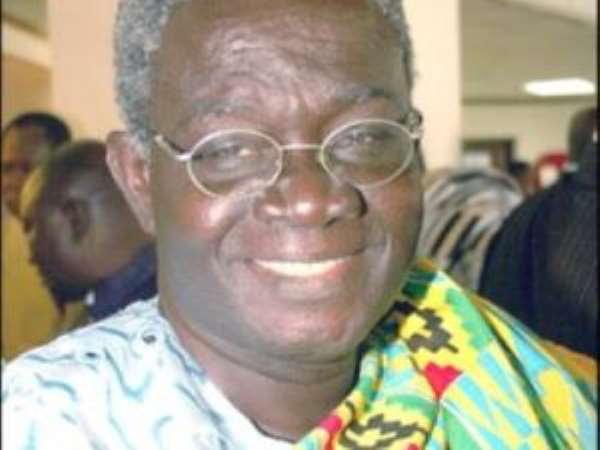 Former New Patriotic Party (NPP) lawmaker for the Asikuma-Odoben-Brakwa Constituency P.C. Appiah Ofori has expressed regrets for rejecting an offer made to him by former President John Dramani Mahama to serve in his government.

The anti-corruption campaigner said he rejected the offer on the heels of his unflinching loyalty to the NPP and then opposition leader and now president of Ghana, Nana Addo Dankwa Akufo-Addo.

PC Appiah Ofori shot to fame in the political arena in Ghana after he constantly levelling corruption allegation against the John Agyekum Kuffuor administration after the NPP lost the 2008 elections.

In 2009, he revealed in his testimony before the inter-ministerial committee tasked to review the Ghana Telecom sale, that all the NPP MPs who voted for the sale were each paid $5,000.

He told TV3 on Monday, September 28, 2020 that ”John Mahama himself called me and told me he wanted me to go and play a role in his administration and I told him that if he himself engages in corruption I would not hesitate to expose him”.

“He told me that was why he wanted me to come and be a check on him and his ministers but I didn’t take the position because if I should join NDC administration, it will mean that I had abandoned NPP and I had abandoned Akufo-Addo so I told him I won’t take the position but any corrupt practices that will take place in his administration which will come to my notice, I will draw his attention to it.”

Asked whether he regrets not taking up that position, he said: “As a nation, as a country for the better of Ghana, I think if I had placed Ghana’s interest above party and got into that position, I think I would have been able to get all those engaged in corruption prosecuted. So for that, I have regretted.”

He further revealed that President Nana Addo Dankwa Akufo-Addo has neglected him after winning the 2016 elections to become president.

“Either he has blocked my line or changed his line. If I call him it doesn’t go [through]. I personally petitioned Akufo-Addo that I wanted to be sent to the board of the [Office of] Special Prosecutor so that I will become the investigator but no response from him.