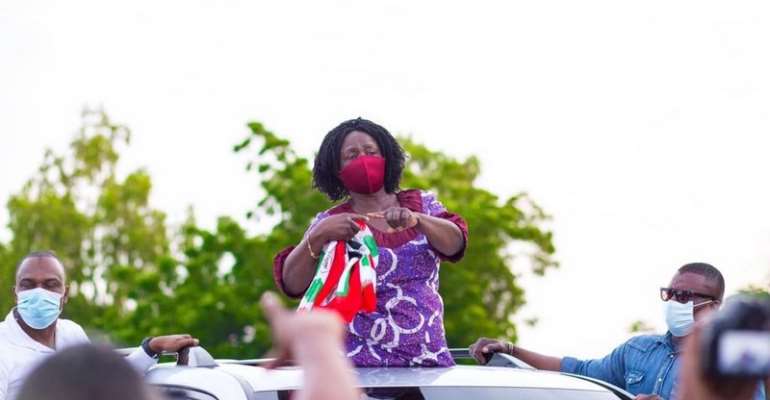 The Running Mate began the Central regional tour on Monday the 21st of September 2020.

She however suspended her campaign tour on the 22nd of September 2020 after the flagbearer of the Party John Dramani Mahama did same.

This followed confirmed incidences of widespread errors, registration number duplications, including that of Prof. Opoku-Agyemang and the outright omission of names of other legitimately registered voters during the voters' register exhibition process undertaken by the Electoral Commission.

As she resumes the campaign tour, Prof. Opoku-Agyemang will interactively engage with a cross-section of key constituents to listen to concerns of people and explain the NDC’s manifesto plans for the advancement of the region.

She visits the Central Region after successful tours of eight other regions.