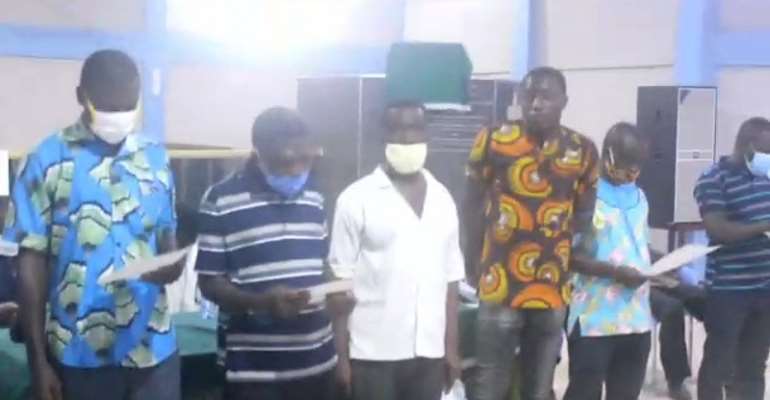 The constituency chairman Mr Ofosu launched. 4 more to do more 4 me and you

He said Nankese is the stronghold of the NPP in the Suhumconstitueny.

In his address , he disclosed that they saw what happen when NPP Nankese zone turn down on the party during 2012 election and came back in 2016.

So He is urging everyone to do their best to maintain the party in power because of the achievements this party has brought to Ghanaians from the tenure of former president John Agyekum Kufuor who introduced free basic education at the primary school to JHS level and Nana Addo also continued with Free SHS policy.

He indicated that former president Kuffour left behind Health insurance scheme policies but during 2013, Former President John Dramani Mahama who is the Leader of the biggest opposition party NDC came to destroy everything.

During I his time if you want to renew your expired health insurance card. you have to go and spend 3 days at the health insurance office before you will be able to complete the renewal process.

But with nana Addo with *929#, you are good to go with renewal process so each and everyone should kick out Mahama and his people.

He advised the Team to desist from insults as they are about to embark on Campaign and they should try and settle any disputes between themselves before they step out to work for the party.

Also, as they are about to campaign for the party, they should make sure they are in good terms with the opinion leaders in the town or community else it can affect their campaign.