[Fact Checker] What Really Did Mahama Say About Zongos And Mortuaries? 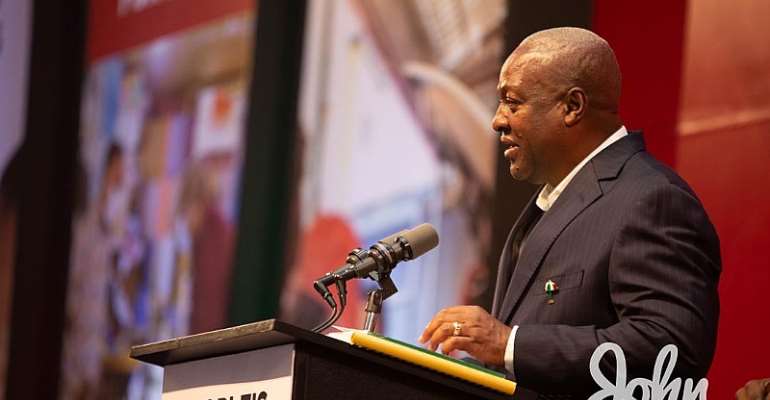 Verdict: Mostly false. The NDC flagbearer in the referenced interview said the NDC will facilitate the establishment of mortuaries but did not give any indication that mortuaries will be built in Zongo communities. He also did not say the number of mortuaries to be built.

Several news reports published on websites such as Adomonline and Ghana Guardian say the flagbearer of the National Democratic Congress (NDC), John Mahama, has promised to build over 300 mortuaries in Zongo communities across the country if he is elected in the 2020 presidential elections.

One of the reports , titled “1 Zongo, 1 Mortuary – Mahama Promises Zongo Communities,” reports the former president said funds for the construction will come from a “Zongo and Deprived Communities Development Fund.”

The reports referenced a video interview by John Mahama granted to Woezor TV which was streamed live on Facebook and YouTube.

The reports, since their publication has generated public debate with Mahama being criticized by a section of the public over the matter.

The NDC, on the other hand, has said that the reports are “ false, misleading and inaccurate claims ,” and “an attempt to whip up anti-Muslim sentiments against the NDC”.

To verify the claim, we accessed the video interview on YouTube and transcribed the comments by John Mahama on mortuaries and Zongo communities.

Interviewer: The Zongo communities, this current administration talks about Zongo ministry, your manifesto makes specific reference to Zongo areas and what you intend to do. Why would people in the Zongos… Why should they trust [you]. What really do you have to share with them. Specifically with reference to where I’ve made mention of.

Interviewer: And it is in this manifesto?

Mahama: Yes, it is. It is on page 82 I think. It has a lot of programmes here…. This one is interesting, it [manifesto] says ‘facilitate the establishment of morgues [or mortuaries]… You know there has been a long-standing complaint about how their [Muslim] bodies are handled and also by Islamic practice, within a certain number of hours, I think 48 hours they must bury the person but often with our traditional hospitals it takes quite some time for them to get the body ready and so on and so forth and so a lot of the Muslim communities have not been happy. So we say ‘facilitate the establishment of mortuaries in accordance with Islamic customs and practices and collaborate with the Ministry of Health to set up focal teams responsible for procedures that are compliant with Islamic Customs and practices at all public mortuaries’, so this is a very important thing that they have been talking about.”

A desk research we conducted did not reveal evidence of any subsequent interview by Mr. Mahama in which he explicitly stated the number of mortuaries an NDC government intends to build and where they intended to build them.

When contacted, some of the news portals that published the report were unable to point to the source of the promise that at least 300 mortuaries will be built.

With the above information, we conclude that the news reports are mostly false. Although John Mahama, quoting from the NDC’s 2020 manifesto indicated that the party, if voted into office, will facilitate the establishment of mortuaries, he did not mention the number of mortuaries to be built as is being widely reported.

The reporter, Jonas Nyabor, produced this fact-check under the auspices of the Dubawa 2020 Fellowship in partnership with Citinewsroom to facilitate the ethos of “truth” in journalism and to enhance media literacy in the country.