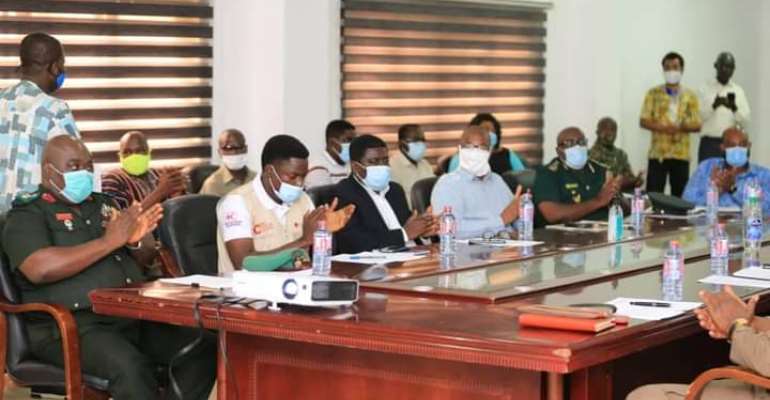 The National Disaster Management Organisation (NADMO) has organised a full-scale simulation exercise with the aim of preparing disaster management workers ahead of this year's general elections.

According to the Director-General of NADMO, Eric Nana Agyemang-Prempeh, he is guided by the concept of strategic pessimism adding that, “I encouraged the representative of the participating agencies to prepare in the event of an unlikely situation of electioneering crisis”.

The exercise comprised both a tabletop and full-scale simulation exercise which took place at the NADMO Headquarters and Greater Accra NADMO Regional office via Zoom.

Speaking to the press, Greater Accra NADMO Director, Archibald Cobbina disclosed that, under the leadership of his Director-General, Agyemang-Prempeh, NADMO is ready to coordinate for any unforeseen disturbances.

He urged all Ghanaians to restrain themselves from any activity that would disturb the peace of Ghana going into election 2020.

The exercise involved the United Nations, which will coordinate international support in case of any crisis.

Ejura probe: Ministerial Committee presents its report to In...
25 minutes ago