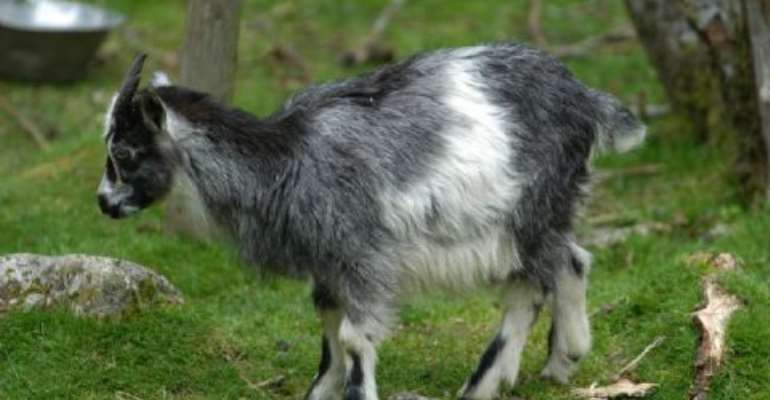 Jato, also known as Mahama, who has made goat and sheep stealing his speciality and has been jailed six times for the same offence appeared in court the seventh time charged with stealing another goat.

He pleaded guilty to a charge of stealing and was convicted on his own plea and sentenced to five years by a Wa court presided over by Alhaji Mohammed Ahmed Mustapha.

Briefing the Spectator on the incident at Wa, Detective Inspector Samuel Amidu, said Jato was released from prison seven months ago in February this year as a "convict on licence" - a person who is released from prison following a good conduct, but asked to report to the police periodically until he completes serving the rest of the sentence.

He said on September 17, at about 4.30 a.m. the complainant was sitting by the Wa Central Mosque after prayers when he spotted someone in the darkness chasing a goat.

He said the person caught the animal, pin it down, strangled it and slaughtered it with knife which he picked from his pocket.

According to Detective Inspector Amidu, the complainant flushed a torch light on him and saw Jato attempting to go with the meat.

But when he saw that he had been seen he abandoned the goat and took to his heels.

The Prosecutor said after sometime he returned to the spot to pick up the carcass but was arrested by a group of people who had laid ambush for him.

He was subsequently sent to the police station with the goat and after investigations charged with the offence.