The People’s Manifesto: Pushing The Frontiers For Youth-Driven Governance Towards A New Ghana 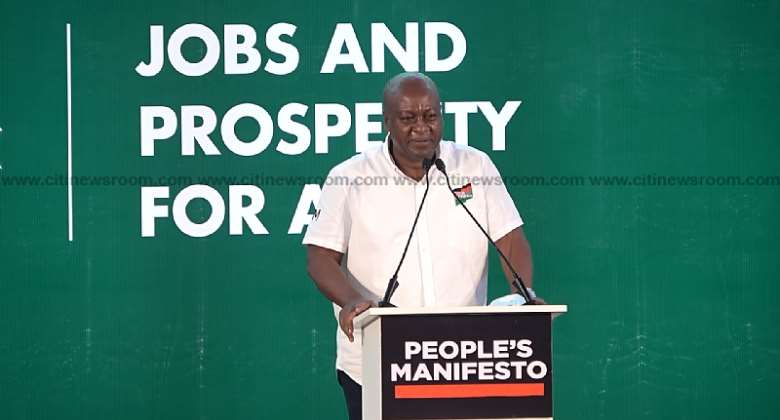 In what has been touted by many political scholars as arguably the most informed, evidence-based and meticulously written campaign document in the fourth republic, the NDCs Peoples manifesto seems to have awoken a sense of pride, hope and aspiration for many ordinary Ghanaians especially the youth both home and abroad. Indeed, enormous was the pressure mounted on the party’s Flagbearer and top leadership to outdoor the party’s manifesto much earlier to the election and in fact, members of the ruling party begun to take advantage of the seemingly long wait to peddle unfounded propaganda to the effect that the NDC Presidential candidate had no message.

However, the need for the prolonged wait for the NDCs manifesto has been vindicated beyond all doubt by the scrupulous approach adopted in crafting a manifesto that truly reflects the people's hopes, dreams and yearnings especially young people, to prosper and contribute meaningfully to the development of the country they call home.

For a country that has about 60 per cent of its population under age 25, it is no coincidence that the National Democratic Congress embarked on a mission to painstakingly listen to the voice of young people and capped it all by giving the youth a seat at the manifesto drafting table and as subsequently set out to deliberately champion youth development as the fulcrum of its next administration in government. The true intention of the party and its Flagbearer to create an enabling environment for young people to flourish and become resourceful enough to contribute significantly towards nation building is almost impossible to not notice at a first glance.

Lined up in the peoples' manifesto is a myriad of achievable, scientifically researched and data-driven policies formulated to propel youth development in the country. Notable among these policies are the Free Technical and Vocational Training programme, the 1 million Coders programme, the free National Youth in Apprenticeship programme, the 1million sustainable jobs initiative, the extension of maternity leave to four months, the legalization and regulation of ‘Okada’, Tax Exemptions for small and medium-sized businesses, and more significantly the decision to create a stand-alone Youth Development Ministry to ensure that all these youth-focused policies outlined in the manifesto are actually executed upon assumption of political office. Perhaps it is by no accident that word Youth is mentioned in the NDC manifesto a whopping 73 times.

In fact, beyond crafting the manifesto around youth empowerment and development, deliberate effort is channeled into ensuring that the proposed development is not only centered within urban Ghana but also intentionally targets rural youth development. This is made clear by policies such as the Rural Investor Incentive (RII) which is to incentivize investors to establish businesses in rural areas in order to create meaningful employment opportunities for the youth in these areas, Setting up of schools in disadvantaged, over-populated and under-served areas including Zongos and other deprived communities, making functional the agenda of providing special incentives for teachers who accept postings to rural and deprived communities among many other policies dotted across all the sectorial areas captured within the manifesto.

I believe that for the first time in a very long time, a potential government has taken pragmatic steps to provide actual lasting solutions to the many problems faced by the youth of our country, notable among which is the unemployment crisis. Instead of addressing the problems and finding closure to them, far too many politicians have taken advantage of the plight of young Ghanaians to throw occasional crumbs shrouded in populist sloganeering our way, same which they would not give to their own children. It, therefore, is not only refreshing but also exciting that we are seeing in His Excellency John Dramani Mahama, an old in age but youthful at heart leader who has committed to a pact to address decisively the concerns of young Ghanaians many of whom have acquired learned helplessness due to the many systemic bottlenecks that exist within the Ghanaian socio-economic development landscape. And although intent may not necessarily guarantee result, I would rather choose a leader who intentionally put youth at the heart of his policies rather than a passive leader who would treat youth employment issues an after thought and also shows commitment toward knee-jerk solutions. I have like many others, read, analyzed and understood the NDCs manifesto and I am beyond convinced that it surely is the manifesto written by the people and for the people.