Ghanaians Now Discerning; You Can't Deceive Anyone With OKADA---Awuku 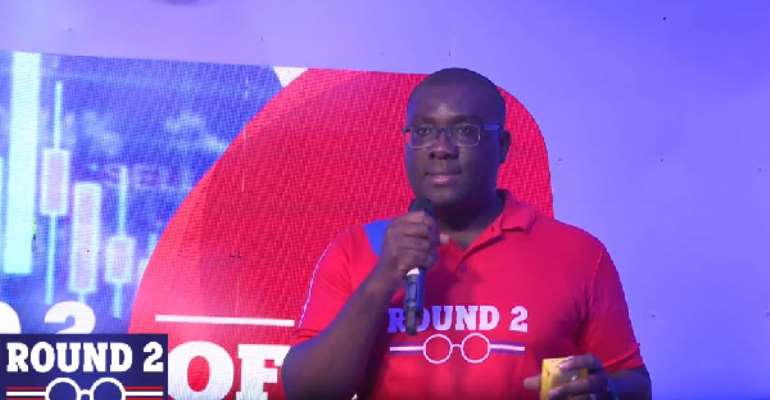 The latest to wade into this controversy is the National Organiser of the ruling New Patriotic Party (NPP), Sammi Awuku.

He has ridiculed John Dramani Mahama, the flagbearer of the opposition National Democratic Congress (NDC) on his promise to legalise the okada business should he emerge victorious in the 2020 presidential polls.

Mr. Mahama had earlier urged Ghanaians to give him a second chance at the Presidency to enable him right the wrongs of his previous administration.

Mahama has thus promised that a new NDC administration will put the interest of the country first.

“Development takes place in stages. The last time we were in government, it was to improve the road network so we get many of the roads on contract. Unfortunately, because the NDC left office, a lot of these projects came to a standstill. So I can assure Nana that, I am in a unique position because I am the only President who has the opportunity to come back and correct his mistakes. No other President in Ghana can do that. I believe that a new NDC government will be a much better government than the previous one. ”

But Mr. Awuku speaking on Citi TV's, The Point of View on Monday, September 14, 2020, said the law banning the okada business was passed under Mr. Mahama's presidency.

The NPP National Organiser said: “The NDC under Mr. Mahama for the avoidance of doubt passed the Road Traffic Regulation 2012 (LI 2180) declared okada business illegal. It was under him [Mr. Mahama]. So now, is it one of the mistakes he wants to come and correct? Because in one breath he says he is coming to continue with his good works and in another breath he says, he is coming to correct his mistakes”.

He [Mr. Awuku] added that the NPP is not against okada but he thinks the NDC intends to hoodwink Ghanaians with the promise.

“The honest truth is that what the NDC is promising is to hoodwink people but we [NPP] are not against cycle riding because we have established an assembling plant at Tamale in the Northern Region for tricycles. Our plan is not to put lives on the streets and put them at risk. After the consultative process, if we need to support these young ones, we surely will.” Okada has come to stay; stop acting like ostriches – Mahama to critics

John Mahama has called on critics of his promise to legalise the okada business to stop acting like “ostriches.”

According to him, the business has come to stay.

He added that okada is the only means of transport for some people in some parts of the country.

“When I announced our intention to legalise okada and regulate it, there were varied opinions on it. We cannot behave like ostriches with our heads in the sand because it's a business that has come to stay and sustaining many people. We like it or not, it is reality and so it's better we legalise and regulate and make it safe so that they can become part of our transport modes.”

“There are some people who ride motorcycles to work every day because that is the means of transport they can afford. There are those who ride it to deliver parcels, food and other items and there are others who use it for commercial purposes and people sit behind, and they take them from one location to another. If we legalise it, we will be able to make it safer. We will be able to ensure that there is some insurance for the person sitting on it so if anything happens the person is covered.”