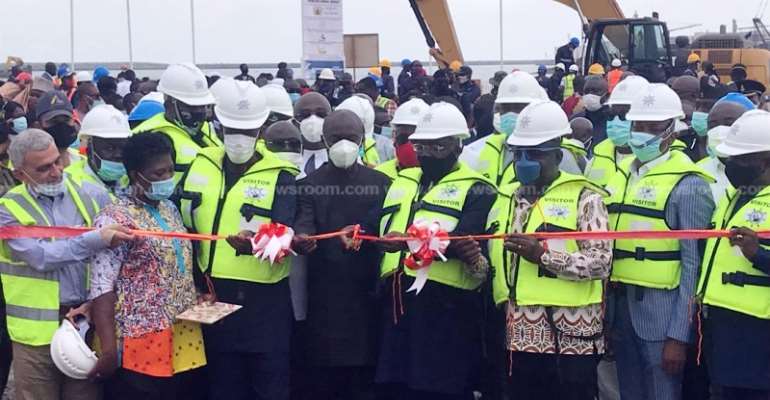 A newly built state-of-the-art Bulk Oil Terminal at the Takoradi Habour has been commissioned by the Vice President, Dr. Mahamoud Bawumia.

The project which costs $56.7 million can handle 60,000 tons of weight of liquid cargo.

The Bulk oil Jetty which was developed by Ibistek Limited through the Special Purpose Vehicle with financial support from the Ghana Infrastructure Investment Fund and Consolidated Bank Ghana Limited is expected to increase vessel traffic to the Habour and improve turn around time.

The Vice President said the Terminal positions the Takoradi Habour as a strategic and competitive port in the Maritime Industry. 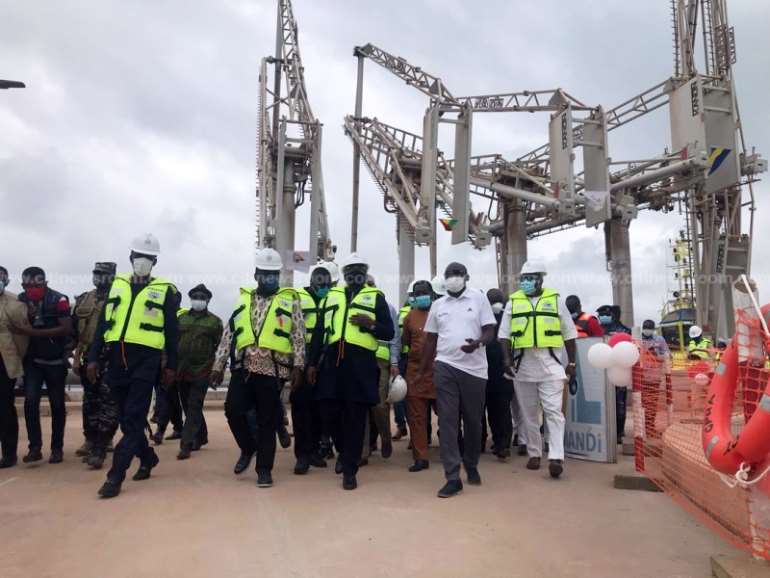 “I took interest in the project when IbisTek came to the Presidency to propose such a major project which didn't look possible. But we were very convinced as it fitted into the overall plans government had for Ghana's maritime objectives and our industrialization desires.”

“Today we are happy and appreciative to IbisTek for the magnificent work done which we are commissioning. It is important for the government to support local investors to help with the continuous expansion works at Takoradi and Tema Ports which we are committed to. It is expected to help the North and our neighbouring countries. This Bulk Oil Terminal can handle 60,000 and tons weight of liquid.”

The Chairman for the IbisTek Group, Kwame Gyan said the IbisTek current investments at Takoradi Port expansion totals USD332.7M and the completed Bulk Oil Terminal is the most modern and state-of-the-art in the whole of West Africa. 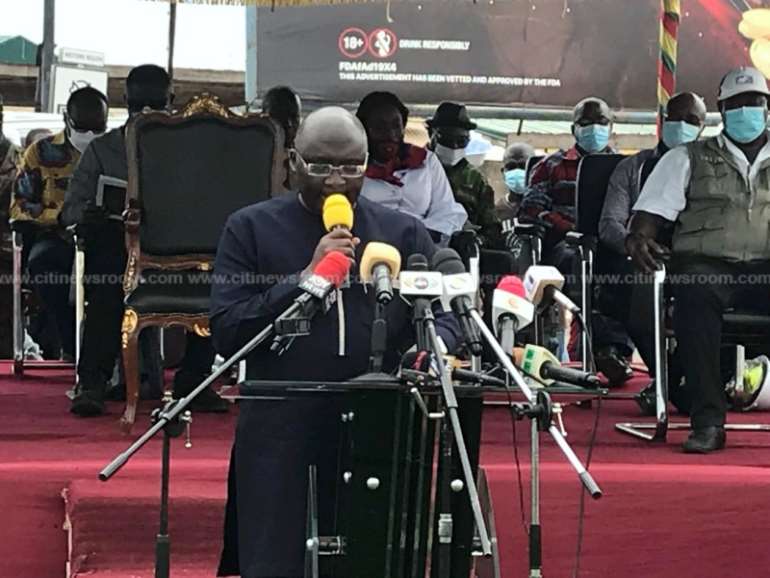 “What we have been able to accomplish in Takoradi over the last 3 years is ample testimony of the collective resolve and support of the President and the government. The brand new Liquid Bulk Terminal (Oil Jetty) here in Ghana's premier port, Takoradi, developed by Ibistek Limited through the Special Purpose Vehicle (SPV), Marshall Oil and Gas Services Limited with financial support from the Ghana Infrastructure Investment Fund (GIIF) and Consolidated Bank Ghana Limited (CBG) at a cost of 56.7 million U.S Dollars is part of three major projects the IbisTek group is constructing within the Takoradi Port expansion costing a total of 332.7 million Dollars.”

“Ibistek Group has made investments in 3 out of the 6 ongoing Takoradi Habour expansion. The projects conclude the completed Liquid Bulk Terminal Oil Jetty which is a fully funded 56.7 million Dollars, the 2017 completed Takoradi Container Terminal, TACOTEL, fully funded at a cost of 70 million dollars as well as the under-construction container and multi-purpose Terminal On-Dock Project costing 474 million Dollars in Phases 1 and 2 total funding requirement is USD474.0M (including financing costs). Phase 1: cost is USD206.0M – ongoing and is expected to be completed and operationalized in November 2021. Phase 2: projected cost of USD268.0M – planned after completion of Phase 1.“ 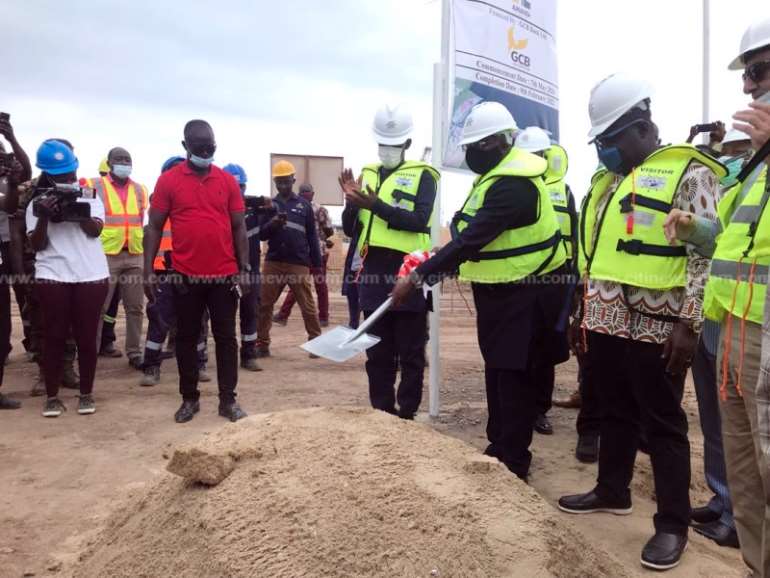 Chairman of the Ghana Port and Habours Authority Board of Directors, Mark Manu, said the commissioning of the 16-metre birth Bulk oil Jetty forms part of the major development plans for Sekondi-Takoradi area.

“The Liquid Bulk Terminal consists of a 14m-water depth berth, the deepest in-harbour berth in Ghana, at the moment (Yes, deeper than that of Tema oil berth), loading arms for 5 petroleum products (petrol, diesel, LPG-gas, bitumen, and other heavy fuels), full berthing structures including fenders on dolphins, bollards and hooking points. The berth facility is designed to support vessels up to 60,000tons of petroleum cargo carriers. We will need two or three of the current tank farm customers to share one of such cargo volumes.”

The Western Regional Minister Kwabena Okyere Mensah on his part said the Liquid Bulk Terminal would enhance business at the port and also provide employment in Takoradi.