2020 Elections Will Not Witness Any Act Of Violence, Intimidation---Akufo-Addo Assures 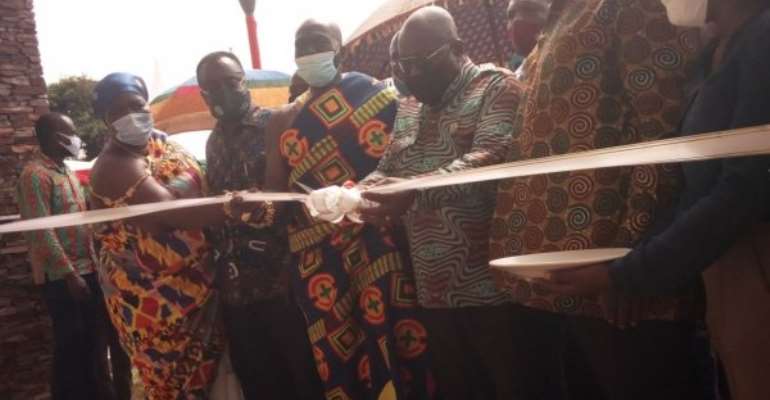 The usual electoral violence that has characterised elections is a thing of the past and the impending December 2020 elections will see no such acts.

This assurance and avowed pledge is coming from the President of the Republic, Nana Addo Dankwa Akufo-Addo, who has stated emphatically that the 2020 elections will be intimidation-free and violent-free.

The president said the NPP government had strengthened the nation's security system to ensure the forthcoming December 7 Presidential and Parliamentary elections would be absolutely a violent-free event.

"I would not allow intimidations and harassment of any person in Ghana in this coming December elections", the President emphasised.

President Akufo-Addo gave the assurance when he addressed a durbar organised by the Chiefs and people of Techimantia in the Tano South Municipality of the Ahafo Region.

It was part of his two-day working tour of the region.

The President said the Free SHS and all other government social intervention programmes could be sustainable only if there were political stability, peaceful co-existence and social cohesion.

He appealed to traditional authorities in the region and the country at large to support the government by collaborating with the security services within their respective traditional areas to perform professionally and efficiently.

President Akufo-Addo implored traditional authorities to make it a priority to admonish their subjects to promote peace to protect the nation's democratic development to boom the national economy and enhance the livelihoods of the people.

As part of the working visit, President Akufo-Addo inaugurated a business resource centre at Bechem.

Speaking at that inauguration, Mr. Alan Kwadwo Kyeremateng, the Minister for Trade and Industry said 37 out of 67 business resource centres being constructed had been completed.

He said the Centre would serve as a guide giving point for small and medium scale enterprises for improvement in the quality of products and services as well as create job opportunities for the unemployed.