Two Faces Court Over $5.8 million Worth Of Stolen Gold 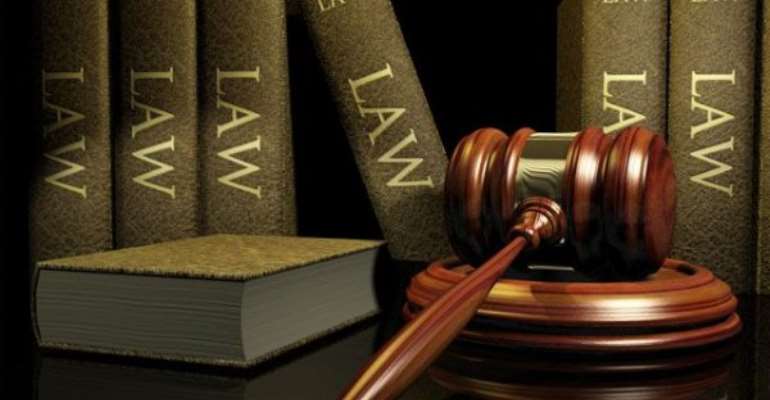 Two persons have been put before an Accra Circuit Court for allegedly stealing 100 kilograms of gold valued at $5.8 million.

Seth Owusu and Bachiro Pafadnam have been charged with conspiracy to commit crime and stealing.

Accused have pleaded not guilty and have been admitted to bail in the sum of GHS1.6 million each with two sureties each.

The court presided over by Mr Emmanuel Essandoh ordered that the accused should have one common surety earning not less than GHS 1,000 a month.

They are to reappear on October 7.

Abubakar Sadick, an accomplice is said to be at large.

Defence Counsel, Mr George Asamani who represented Pafadnam, prayed the court to admit him to bail because he had a fixed place of abode.

Mr Asamani said his client had people of substance to stand as sureties.

Defence counsel raised questions over the charge of stealing adding that at the right time Pafadnam would prove his innocence.

Assistant Superintendent of Police (ASP) Sylvester Asare did not opposed to bail.

ASP Asare who read the facts, said the complainant Raymond Turkson Kobina was a businessman.

Pafadnam, is a Burkinabe while Owusu resides at Gbawe in Accra.

Prosecution said in July this year, the complainant in the company of Sadick took delivery of 100kg of gold sourced from various miners awaiting prospective buyers.

ASP Asare said the complainant kept the 100kg of gold in one of the rooms in complainant's house with the knowledge of Sadick.

He said on July 26 this year, Sadick without the knowledge of complainant left home to an unknown destination but complainant later detected the missing 100kg of gold valued USD 5.8 million equivalent to GHS 31,900,000.00 kept in the room.

Prosecution said the case was reported to the Criminal Investigations Department of the Ghana Police Service for investigations and several calls to Owusu went unanswered, thus, some gold refiners were alerted of the missing gold.

Prosecution said later, complainant was informed that Pafadnam was spotted at a refinery with the complainant's gold and this led to Pafadnam's arrest and during investigations, he admitted the offense and mentioned Owusu and Sadick as his accomplices.

According to the prosecution, Police investigations revealed that Owusu led Pafadnam to ITALTEC Ghana Limited, a gold dealer to sell the 100kg worth of gold which he had stolen from the complainant.

ASP Asare said Pafadnam admitted the offense and led Police to arrest Sadick, his Ghanaian friend. Prosecution said Pafadnam indicated that he led Sadick to ITALTEC with the 100kg of gold he and Owusu stole from the complainant.

He said it was further established that the accused persons successfully caused 5kg out of the 100kg of the gold to be shipped to Dubai by ITALTEC Company Limited.

MMDCE appointments shouldn't be seen as job for the boys' - ...
31 minutes ago