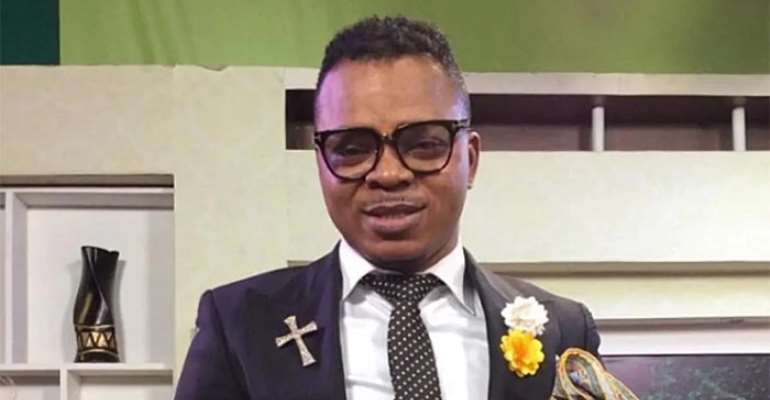 The cases of pastor Daniel Obinim, founder of the International God's Way Church (IGWC), and his accomplice in the matter have been merged by the prosecution.

Bishop Obinim and Kwabena Okyere aka Kobby Fireman were separately put before a Kaneshie Magistrate Court in Accra and both charged with publication of false news and forgery of document contrary to Section 159 (c) of 29, 1960.

Yesterday, the prosecution said it was consolidating the cases since the two, together with four others who are at large, are alleged to have conspired to commit the crime.

Per the new court documents, Bishop Obinim and Kwabena Okyere, as well as the four others at large, are facing four counts of conspiracy to publish false news, conspiracy to forge other documents, publication of false news and forgery of documents.

The accused persons are alleged to have forged and published a police persons wanted form for the arrest of one Isaac Opoku, a resident of Kumasi in the Ashanti Region.

Louis Yiadom Boakye who held a brief for Dela Blagogge Esq of Blagogee, Blacksword & Co. (Unlimited), counsel for the accused persons, prayed the court to allow the accused to remain on their old bail conditions.

He, however, prayed the court to review the term which includes Kwabena Okyere reporting to the police headquarters in Accra every Friday.

He said the accused person resides in Kumasi and reviewing that term would lift the burden of having to travel between Accra and Kumasi every Friday just to report to the police.

The magistrate granted the request and ordered that the accused persons remain on their old bail terms.

Bishop Obinim is on a bail of GH¢100,000 with three sureties, one to be justified with a title deed.

Kwabena Okyere was granted a bail of GH¢50,000 with three sureties who must be earning not less than GH¢3,000 monthly.

He is to report to the police in Accra on the last Friday of every month instead of every Friday and the case was adjourned to October 12 for continuation.

Bishop Obinim is before the court for allegedly forging and publishing a police persons wanted form against a man in Kumasi without official endorsement.

The said wanted person form bearing the details of the supposed fugitive called Isaac Opoku, according to court documents, was circulated on social media platform of certain individuals who are linked to Obinim, including Kwabena Okyere.

The alleged forgery of police documents by Bishop Obinim, according to the prosecution, resulted from some GH¢51,280 he reportedly deposited in Isaac Opoku's bank account.

According to court documents, Bishop Obinim transferred GH¢49,160 out of the amount into his Kaizer Bank account in Spain, but it was later returned into Opoku's bank account in Ghana.

Opoku then used the money, claiming he did so because of a promise Obinim made to him in front of his congregation to buy him a car.

It was the back-and-forth that followed efforts by Obinim to retrieve the money that led to the alleged forgery of police document.

Kwabena Okyere was then arrested by the police after it emerged that the alleged police persons wanted form appeared on his Facebook page under the name 'Angel Obinim Ba Kobby Fireman.'

The complainant in the matter, according to court documents, made a follow up on the publication at the police headquarters but was told that the police did not issue any such form.

The complainant then reported the matter to the police leading to the arrest of Obinim who told the police that he knows the owners of the Facebook pages as members of his congregation but had nothing to do with them.

The alleged forged publications were subsequently deleted by the owners of the Facebook pages but the complainant according to the prosecution had already taken screenshots of them.

Kwabena Okyere is alleged to have gone into hiding until his arrest in Kumasi.

“A subsequent check on Facebook during interrogation of the accused person revealed that the Facebook account 'Angel Obinim Ba Kobby Fireman' had been deleted,” the court document revealed.

"It was fantastic experience to serve under President Nana-A...
57 minutes ago