Mahama's Age And Death Analysis Is A Sign Of Desperation 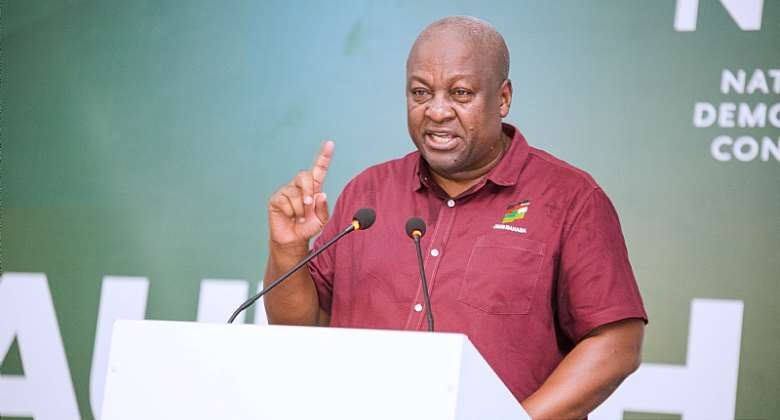 We will all die but it is quite interesting and surprising why one's opponent will make death a tool for winning elections.

Many have buried their children, some their grandchildren, and this should have been enough sense for Mr. John Mahama to know that H.E Akufo Addo's age doesn't make him nearer to death but again it is a matter of who is speaking. A man soaked in desperation and ill-tempered because he couldn't stay in power to complete his task of depleting Ghana for his personal gains.

Last time, he was seen calling an entire tribe "Sakawa" people yet he desires to rule with that tribe inclusive. He called another Ungrateful and have called the entire Ghana Forgetful. It is very amusing why this man thinks so little of people and yet want to run the Country.

Let the advisors of John Mahama tell him that the two persons, (President Atta Mills and Vice President Amissah Arthur) he formerly ruled with have died while Former President Kufuor and Rawlings are still alive paying Ghana's DEBT.

We can only pray for increased wisdom for him and wish he do sound and sane analysis next time. We are poised for development not Attacks and Insults.

His Excellency Nana Addo Dankwa Akufo-Addo will not Die by the GRACE, he will remain focused on his works to make Ghana a Great Country. As he always do, he will not yield to Detractors and Ethnic Bigotry.

Victory shall surely be for the New Patriotic Party come Elections 2020. Four more for Nana will surely happen.