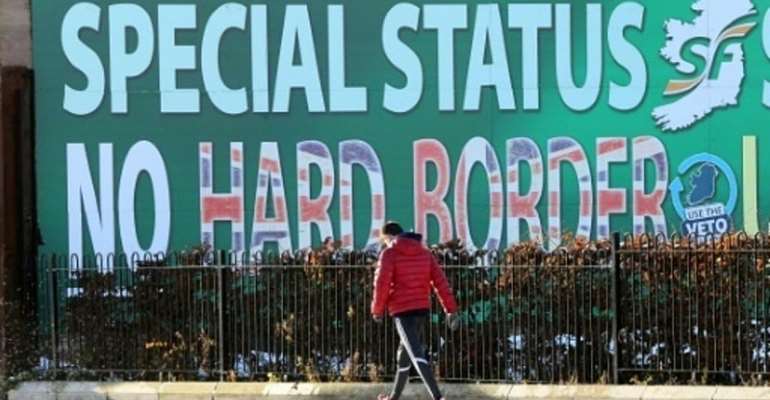 The head of the British government's legal department has resigned in a row over plans to revisit a key part of the Brexit withdrawal deal which was signed by the UK and the EU earlier this year.

Jonathan Jones disagrees with the UK Prime Minister's plan to give British ministers the power to interpret parts of the Northern Ireland protocol, which was the most difficult part of the deal to negotiate.

A proposed internal market bill to be put before the British parliament on Wednesday would give British ministers such power although the UK government insists the bill will only lead to “minor clarifications” and maintains it is committed to the Northern Ireland protocol.

The move has caused some concern in Brussels. Commission president Ursula von der Leyen suggested in a tweet that if Britain did not implement the withdrawal agreement, it would be a breach of international law and remove the trust needed to continue ongoing discussions on the future UK-EU relationship.

In answer to a question about the proposed bill today in the UK parliament, British government's Northern Ireland Secretary said "Yes. This does break international law in a very specific and limited way."

He said customs arrrangements concerning Northern Ireland needed to be made to cover a no-deal situation.

But former UK prime minister Theresa May expressed serious concerns about the damage to the UK's reputation if it failed to abide by accords it had signed.

Meanwhile, ahead of the start of today's eighth round of talks, the UK's chief negotiator David Frost said the EU should show more “realism”.

Britain is keen to signal that it is prepared to walk away from talks on its future relationship with the EU if a deal is not agreed between the two sides by mid-October.

The European Union says whilst it will to everything in its power to agree a deal, it “will be ready” for a no-deal situation.

European Commission spokesman Dan Ferie said that while the bloc shared the UK's "desire to reach a deal quickly", it should be "in line with the EU's long-term economic and political interests".

The transition period - which sees the UK following a number of the EU's rules while the two sides try to negotiate a trade deal - is due to end on 31 December.

If a deal is not made and ratified by parliaments across Europe by then, the UK will move onto trading with the bloc on World Trade Organisation rules, which would involve tariffs. Critics fear this would damage the economy.